With the summer rather unexpectedly having returned to middle Europe work load increased significantly. The combination of work and sweltering heat led to a drastic drop off in painting mojo. But I got a second eight man Squad for my fledgling Fallschirmjäger Platoon off the painting table. 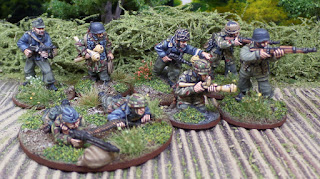 All figures are Warlord Games' metal Fallschirmjäger sculpted by Paul Hicks. While the casting of some of the figures is a bit worn, they're still the nicest miniatures out there in my opinion. So full of character and animation. It's a shame Mr. Hicks isn't sculpting for WG anymore. I'd have loved to see some more additions to the range but it seems like I've to be content with what is available in lead and plastic. 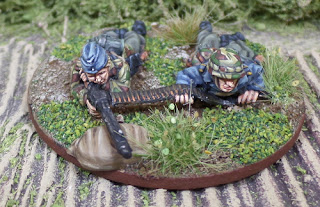 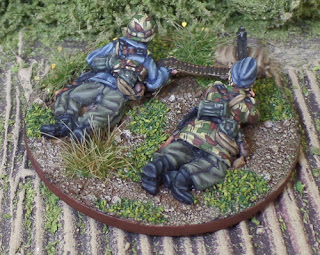 I really love the chap carrying the two Panzerfäuste and the Tellermine.
The Tellermine 35 (Stahl), as was its official designation, was a German antitank mine. The name comes from the German word Teller for dish. It was laid openly or buried and was capable of doing significant damage to lighter vehicles like soft skins and scout cars as well as blow off the tracks of tanks. 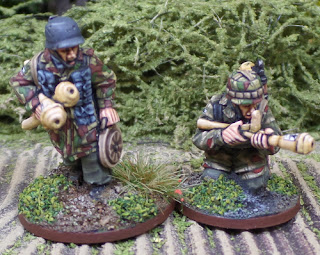 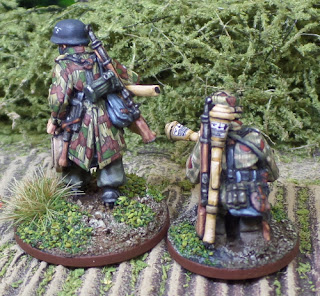 In the above shot one can clearly see the rather handy decals Warlord Games provide for the Panzerfaust with each of their German infantry decal sheets, be it SS, Fallschirmjäger or Heer. They really add another level of detail to the figures. 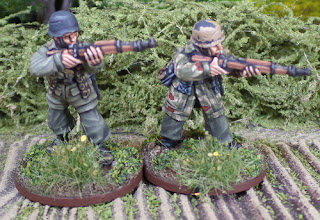 As some of the heads were heavily miscast I replaced them with spare ones from the plastic Fallschirmjäger sprues. They fit most of the figures quite well, like the NCO below, but do look a bit over sized on others. 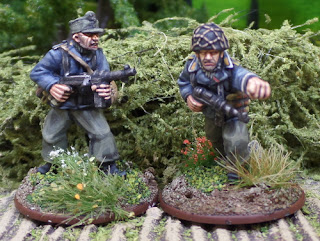 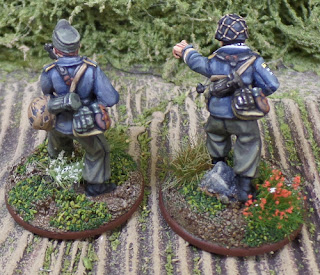 No more bushwa for today, I'm afraid, as I'm off to mate Axebreaker for a game of Bolt Action. I'm really looking forward to get these chaps on the table for the first time.