Well, with the long dreaded arrival of 2014 imminent it's time to make a short round up of the year gone by.
Therefore it's probably useful to  look what I was planning to do in 2013:

Well, you see... most of my goals for 2013 were abandoned somewhere along the road. But I'm sure most of you will know this problem called shiniytus :-)
All in all I did manage to paint some 179 miniatures. This number includes infantry, cavalry, casualty markers, Artillery pieces armoured cars as well as some tanks. So I think I can be quite happy with what I did in 2013.

What am I planning to do in 2014?
I have to confess I'm not too sure about it yet. But there are two or three things I really want to do.
So you see I'm not as ambitious as for 2013.
Now there's nothing more to say than:


I wish all my followers and fellow bloggers A Happy New Year and may 2014 see you completing all your goals!
16 comments:

Last week Chris (Aka Axebreaker) and me had a game of SAGA. He pitted his new Early Saxons (using the Viking Battleboard) against my Late Romans (using the Anglo-Saxon Battleboard). We played the 'Sacred Ground' scenario from the basic ruleset. In this scenario you have to accumulate as many victory points (VP) as possible. These you gain by the number of troops you have on the three terrain features and of course by killing the troops of your opponent. For the Warlord on the terrain you gain three VP's, every Hearthguard warrior gives you one point and every second normal warrior or levy generates one point.

For the first bonus round I frantically rummaged through my lead mountain as I couldn't remember if I've ever bought any civilian-like figures. The first thing I came over was a set of carts from Gripping Beast unfortunately lacking the drivers. Some time later I discovered these three gentlemen. 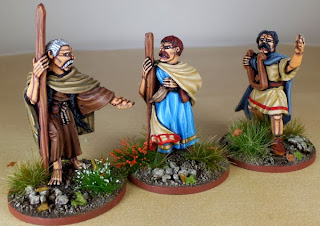 Well after more than 24 hours have expired I now can show you the first figure I painted for the Painting Challenge and thereby bring back a bit of life into this very blog.

I'm starting into the challenge with my entry fee figure. Seemingly opposed to all others I didn't go for the Wild West theme but decided (after Curt pointed out to me the film is from Peckinpah also) to do 'Hauptmann Stransky' from Cross of Iron. 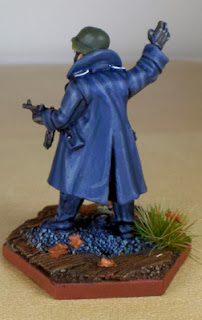 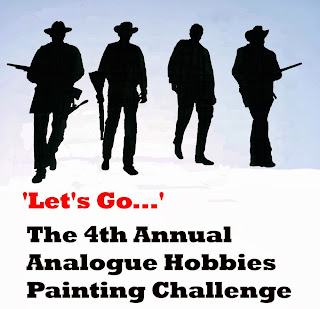 Sunday is approaching fast and so does Curt's 4th Annual Analogue Hobbies Painting Challenge. The whole blogosphere seems vibrant with expectancy and there's lots of chatter about it on the various blogs. I've been told there's even a group on Facebook for all the participants. As I'm not on FB and don't plan to do so I can't verify these rumours but I think this alone tells a lot about the importance of Curt's call to the brushes for the blogging wargames community. So don't stand aside but join the fray and help to encourage us participants by comments, praise and constructive criticism.

Having finished the scope yesterday I decided to put the brushes aside, clean up the painting desk and take a shot of what I plan to do in the next three months hobby wise. 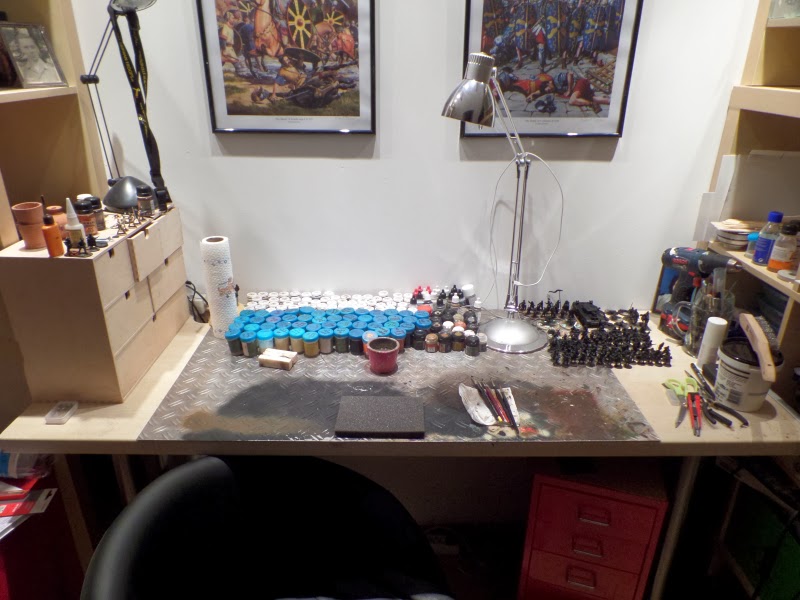 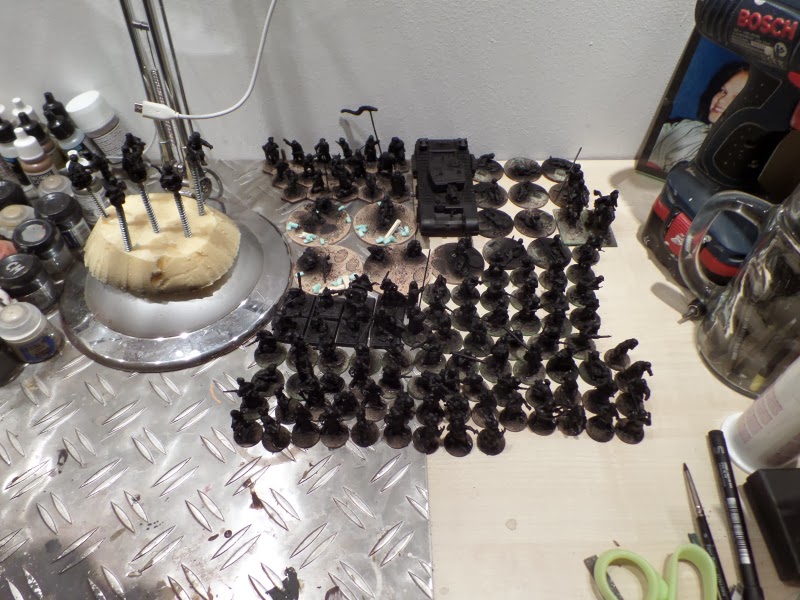 So I'll take a break from painting (well, I originally intended to take a break of at least a week) for the time remaining till the challenge starts. Later on the updates will come a bit belated here as all I paint will be displayed on Curt's blog first and only later on here on the blog. So if you want to stay up to date and see lots of fantastic painted figures by more talented painters then me than keep an eye on Curt's blog!

To be able to play Dux Britanniarum against my brother or some friends at the local club normally not too much into historical wargaming I decided to continue with my saxons for Dux.

As there are already some unarmoured guys these will form two units of warriors so there is still a unit of six warriors, two groups of six elite hearthguard, two nobles, one champion and one Lord to do.

At the moment totally useless but great to paint was this little guy I finished today: 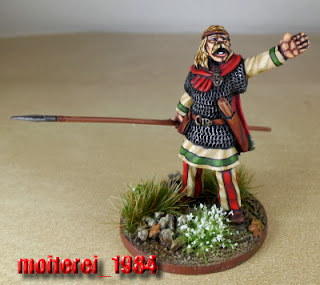 There is some very strong leaning at home towards easy victories in unimportant theatres with small casualties and no real results. How on earth one can hope to beat Germany by killing Turks or Bulgars passes my comprehension. It is like a prize-fighter leaving the ring to trounce his opponent's seconds.

Following last weeks heavy weapon teams I now managed to get some snipers and a guy with an Anti Tank Rifle done. I don't know when I'll ever use three snipers but the models were too great not to be painted. 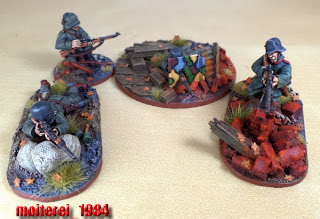