Some of you might remember I've been slowly, very slowly indeed, building a Soviet force. Initially this was for use with the Operation Squad set of rules, later on for Bolt Action. In 2018 it's latest incarnation came in the form of a Tank Rider Platoon for use with Chain of Command. All of these various forces had one in common: They were never really playable. Well, until today! This last section of Tank Riders and accompanying PTRD AT-rifle give me a full Platoon of these hardy veterans.

Several weeks ago I was gifted a sprue of the plastic Afrika Korps by Warlord Games and while I didn't like the figures some bits still can come in handy here and there. One thing I still needed for my other wise rather complete force of Early War Germans for Chain of Command was another 50mm light mortar and luckily there was one in the DAK sprue.

I'm burning a lot of midnight oil at the moment and actually get some stuff done for a change. Work is still extremely hectic and I've spent most of my weeks away in Munich (imagine disgusted gurgling sound here) and thus I've started to take some stuff to paint with me. It's always a little difficult to set it all up in an ergonomic way in a hotel room but definitely better than staring at the TV most of the time.

Surprisingly enough I feel like I'm doing quite well painting wise this challenge. It's just the photographing and editing which seems to take ages, if I can be arsed to do it at all that is.
As I want to take advantage of a ride with Lady Sarah's Balloon to Snow Lord's Peak I needed a 'female' miniature of some kind. Luckily enough there was one in a recent order from Wargames Foundry... 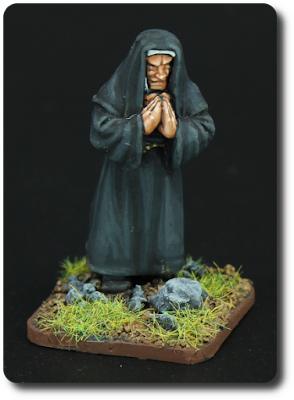 The good thing with being all over the place painting wise is that somehow in the end things come together nonetheless. So, while I continue to paint stuff without anything approaching my usual "focus" I got another piece finally off the table. 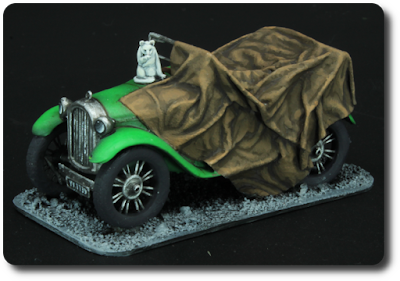 Another entry to the Annual Analogue Hobbies Painting Challenge by yours truly:

A last stand you say? Well, if there’s been one iconic last stand in WW2 than it must clearly have been the Battle for Arnhem during Operations Market and Garden. Of course there were others too but this one instantly sprang to mind and coincidentally I'm slowly collecting a force of Paratroopers for it.