The third fortnight theme bonus round  of Curt's Painting Challenge is all about Vehicles. The poll is open since sunday so make sure to head over and vote for your favourite entries among a whole bunch of outstanding interpretations of the 'Vehicle' theme.

For my submission I went for a Daimler Mk1 armoured car for my Red Devils paratrooper force in beeing. Originally I intended to do a Churchill AVRE tank but decided it wouldn't fit my plans for the force. 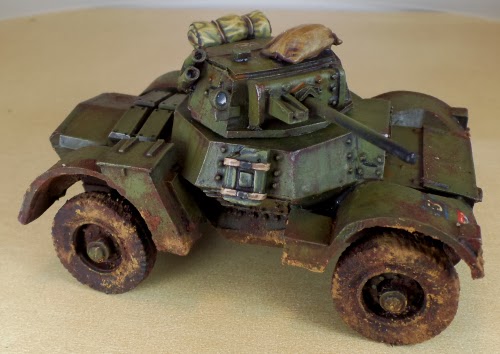 Maybe I'll bolster the force with some jeeps or a Tetrarch light tank later on. 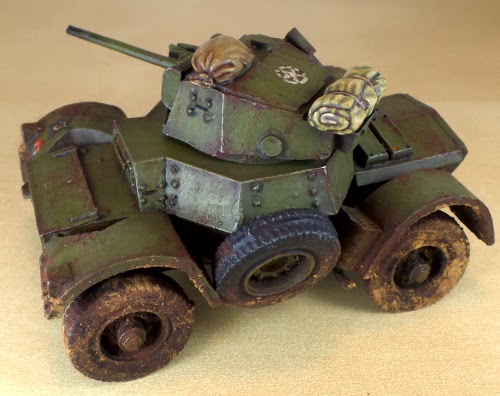 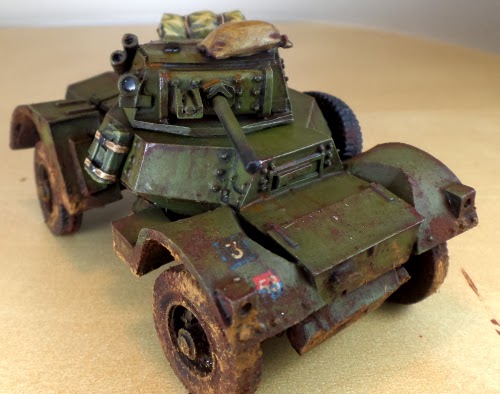 This time I wanted to use some new techniques and went for the AK line of weathering products. Stupidly the AK 'Worn Effects Acrylic Fluid' didn't work as I hoped and so I ended up with a vehicle looking like somebody has used it for paintball targeting practice. So I had to paint it a second time. 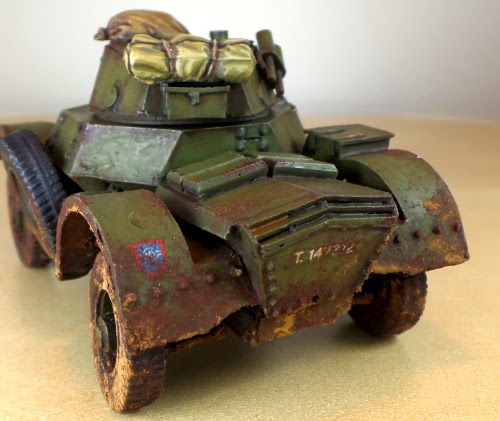 This time I was really pleased with the outcome... until I reached for the pigments. Originally I wanted to do a slightly less worn look than my usual AFV's... well, I was carried away again.  As I haven't had the time to do it again I had to life with it. But for future AFV's I think I've developed a cunning plan so the vehicles hopefully won't look like fresh out of the mud pit again.

I not only did the Daimler but submitted some more figures to the challenge. 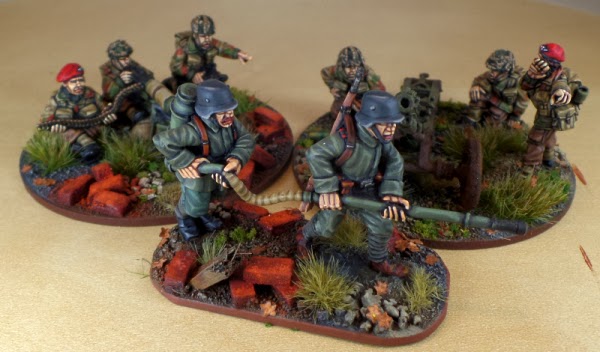 First we have a WW1 German Flamethrower team carrying the 'Klief M1916 Flammenwerfer'. The figures are from the superb Great War Miniatures and again were a real joy to paint. 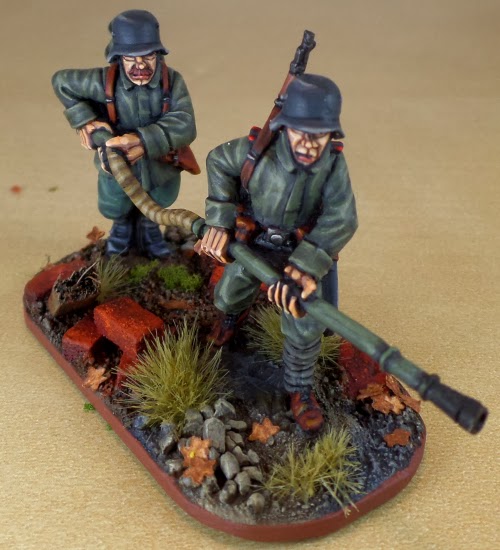 This weapon team completed my German force for my Great War gaming plans... well, at least for the moment. Now it's all about doing the opponents. 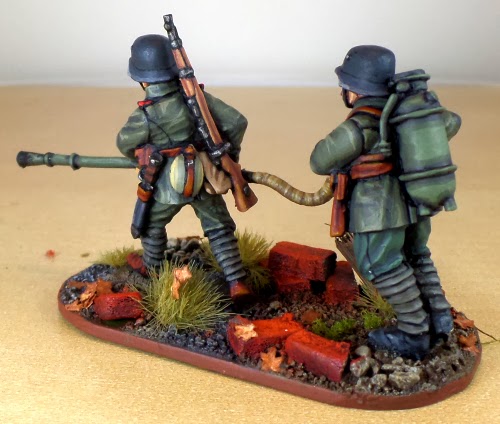 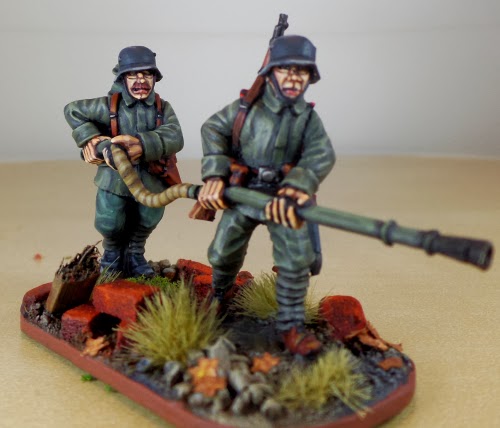 Second is a '75mm Pack Howitzer' for my Red Devils Paratroopers from Warlord Games. The piece and especially the troopers are of great quality and were a fun to paint. 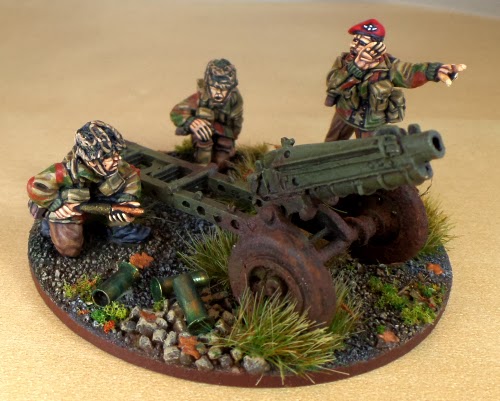 The spent shells seem to look a bit out of scale on the pics but believe me it's just the angle ;-) 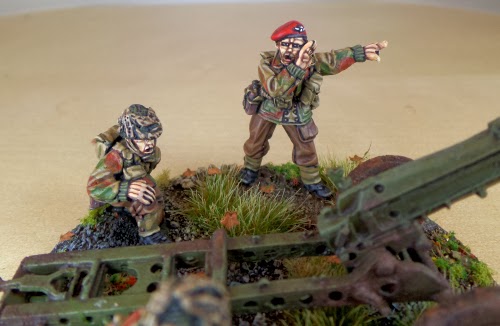 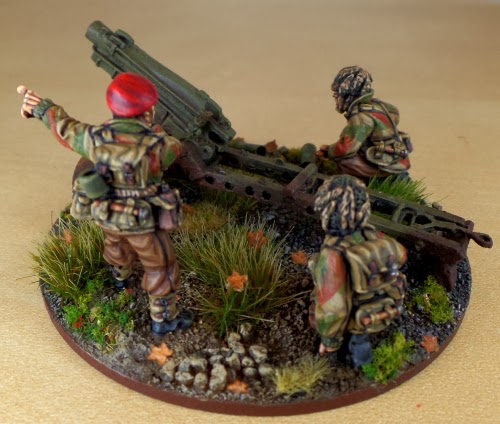 And last but not least we have a 'Lewis medium machine gun' from Warlord Games again. The gun itself was rather nice but the paratroopers unfortunately had some bad mould lines and miscasts. 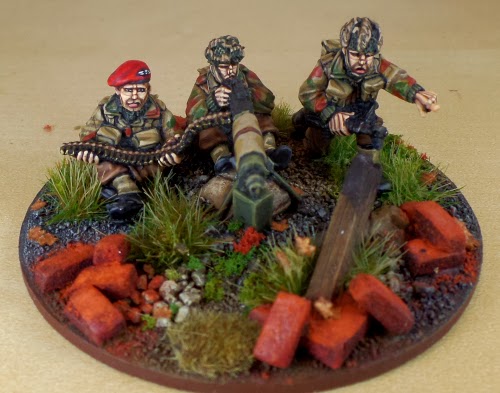 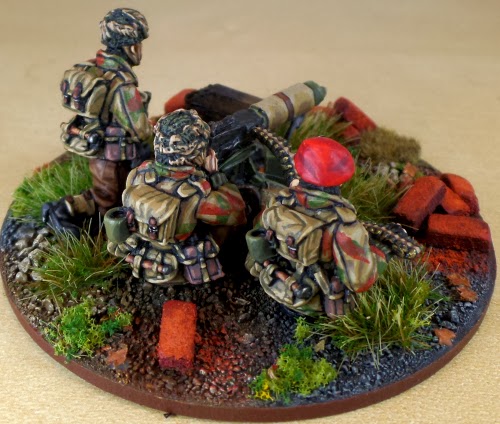 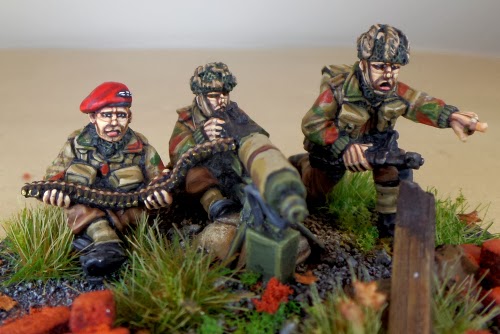 Thanks for viewing and hope you enjoyed!