At the moment there's not much going on here painting wise due to some busy days at work. So I was happy to get these four minis for the "Hero or Heroic Group" fortnight thematic bonus round of Curt's Painting Challenge done. The poll is still open so make sure you pop over and nominate your most favourite amongst some really stunning entries. Meanwhile here's my entry for you to enjoy: 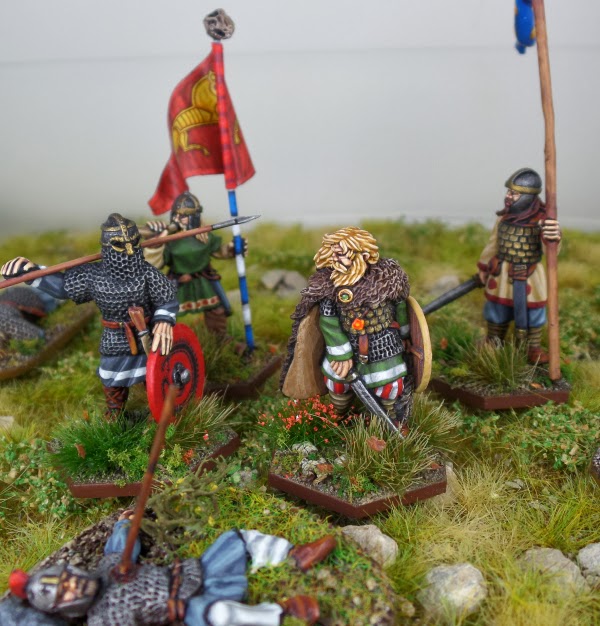 Continuing my journey into the Dark Ages I painted the leaders for my Franks. I intended them to represent Childeric and his entourage. Note: What follows is only my interpretation of some rather inaccurate bits and pieces of history and myth. 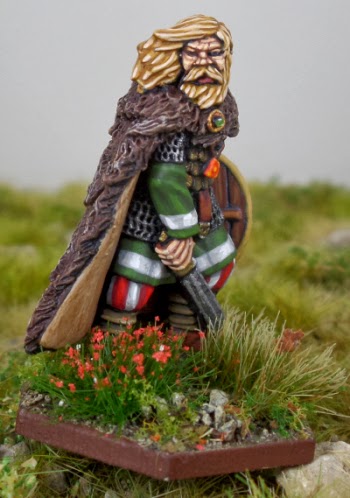 His father Merovech is said to be the founder of the legendary dynasty of the Salian Franks who lived in the first half of the fifth century and was one of several warlords that joined the Roman general Aetius in his fights against the Huns on the Catalaunian fields. Merovech claimed to be a direct descendant of a sea god and the first Frankish royal dynasty called themselves Merovingians. 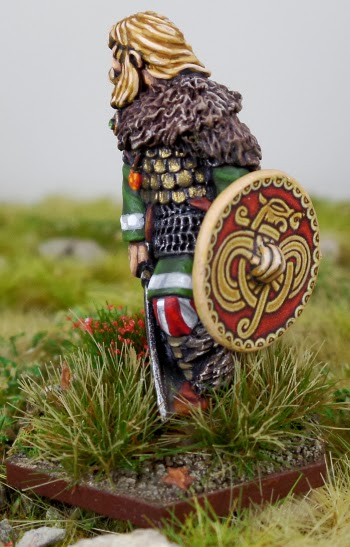 It's said Childeric was exiled at some point because he was known to be interested too much in the wives and daughters of his people. It's more likely he simply married too many women (not uncommon at that time) and wasn't able to pay for them all. 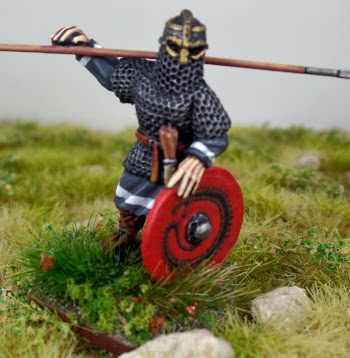 Before he went into exile he gave the half of a golden coin to his closest friend and told him to send for him with his half of the coin if it's save for him to return. While Childeric was in exile in Thuringia the Franks appointed the Roman general Aegidius as their leader. 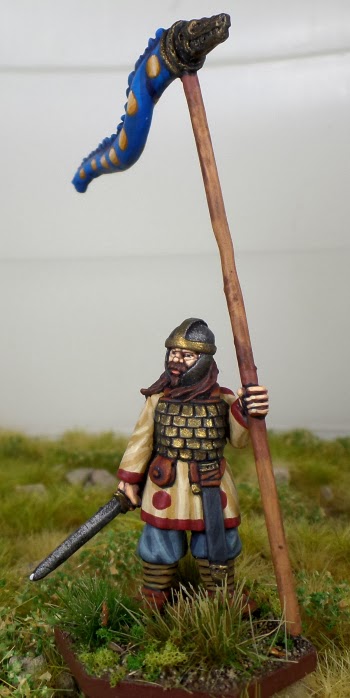 When Childeric returned eight years later he brought with him Basena the wive of the Thuringian king and married her (Seems he really wasn't able to keep his hands off the better sex).

As the Romans slowly lost control over Gaul Childeric ruled as Administrator over the province of Belgica Secunda in Roman service. He fought some wars against other Germanic tribes like the Allemanni and Visigoths. 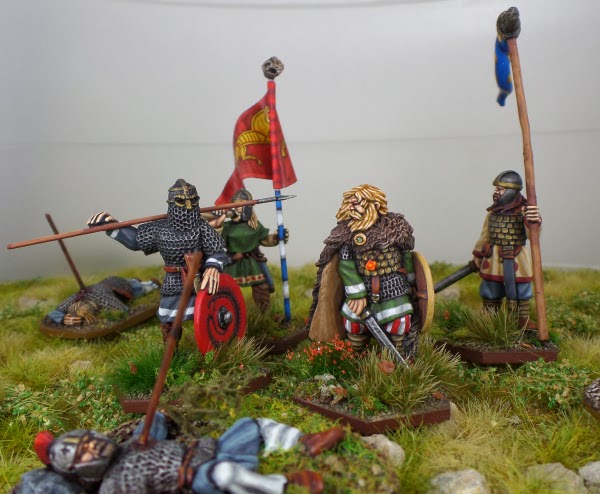 As he died in 481 he was buried as the first real Frankish king but with the insignia of a Roman officer indicating the Franks felt themselves still beeing part of the Roman Empire. His son Clovis succeeded him as king of the Franks.
So thanks for viewing and I hope you enjoyed!