I‘m currently stuck in a lack of mojo, and also I‘m working on several units at once. Thus it’s taken me a while to get todays submission done. 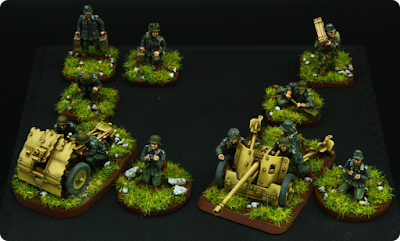 The PaK38 is a rather nice kit by PSC, but a far cry from Zvezdas offerings. As ever the crew are all AB figures. Frankly the PSC ones, that come with the gun, are utter tosh. 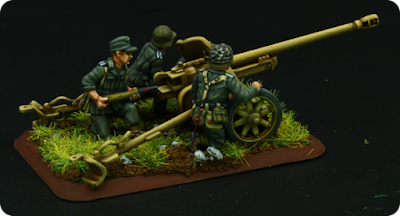 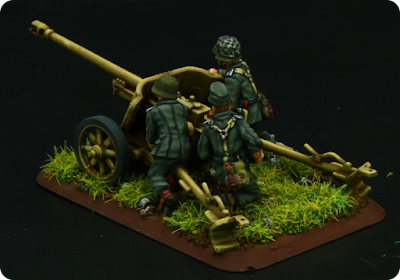 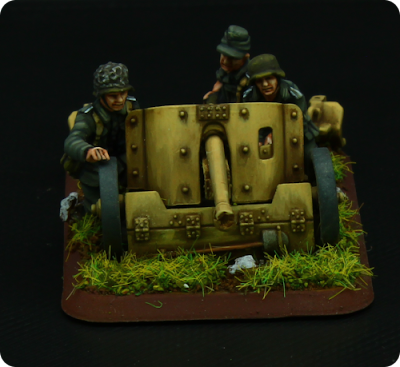 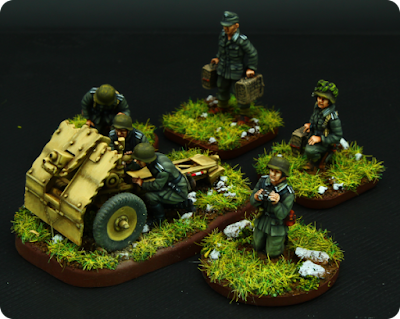 Whenever possible I try to stick with Zvezda with my guns, as they‘re so much nicer than most of what the competitors have on offer. So this leIG 18, leichtes Infanteriegeschütz 18, is no exception. The two figures actually manning the gun are als Zvezda figures while the rest, well yes, you guessed it, are AB. Unfortunately AB don’t do a dedicated set of leIG 18 crew, so I had to source these from several different sets. Yet, that’s all part of the fun, isn’t it? 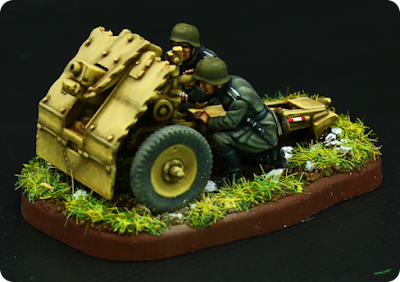 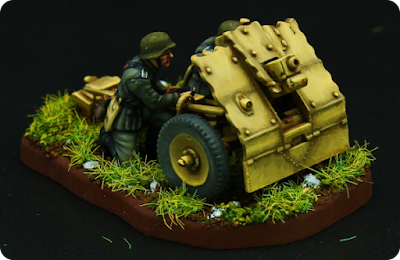 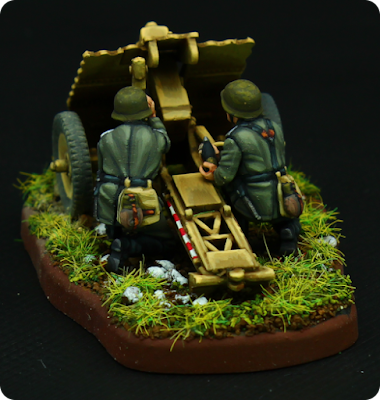