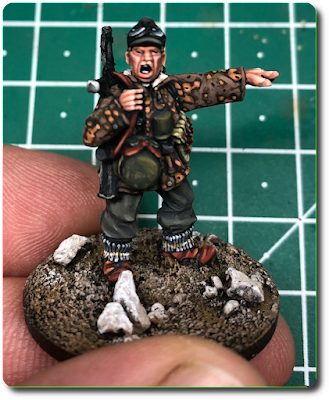 Be that as it may, I've done yet another Colour Guide some of you might find useful, especially those preparing for the release of the (still) long anticipated but as of yet very much elusive "Arnhem" supplement for Chain of Command.
Todays topic is the Eichentarn camouflage (oak leaf camouflage pattern) in its winter version as used by the Waffen-SS on Zeltbahnen, camouflage smocks and helmet covers. If you're after the summer version just click here. 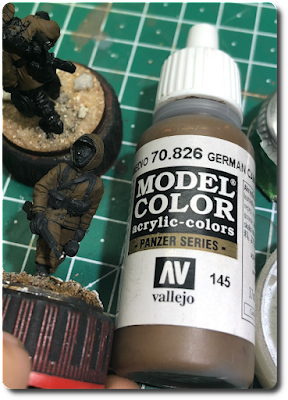 First I lay down a base coat of VMC 70.862 German Camo Medium 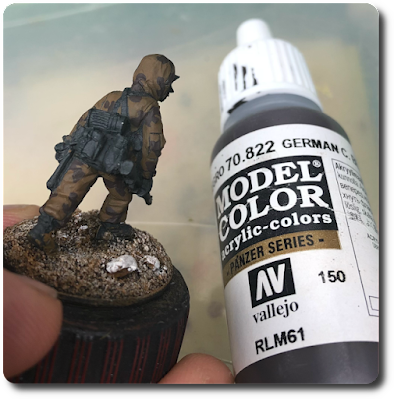 Amoebae pattern like splodges are painted on using VMC 70.822 German Camo Black Brown, not yet bothering with small dots. To recreate the effect of a sewn together piece the splodges stop at the garments seams. 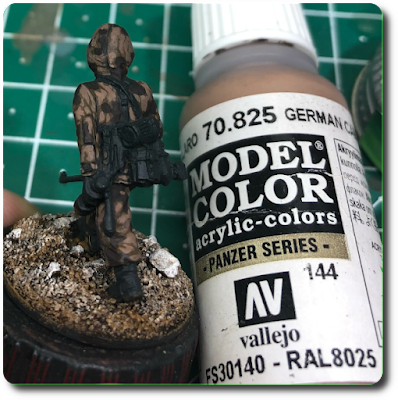 Now I paint rough first highlights around the brown amoebae splodges using VMC 70.825 German Camo Pale Brown. This could easily be done before painting the splodges but I feel it gives the camo just that little bit more depth 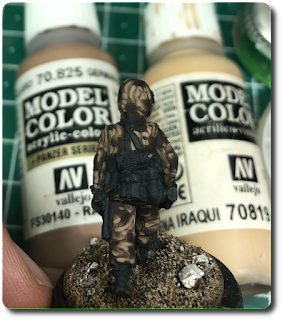 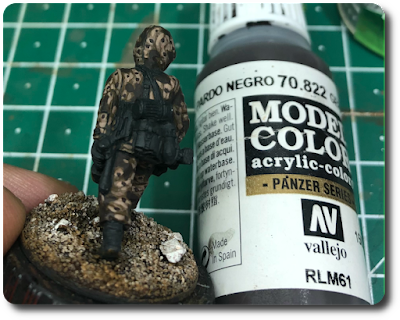 On top of this small dots are painted using VMC 70.822 German Camo Black Brown again. Try to paint them on just using the tip of your brush in order to make them as round as possible 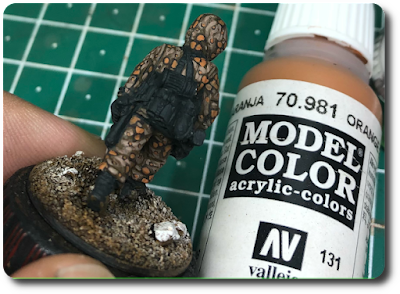 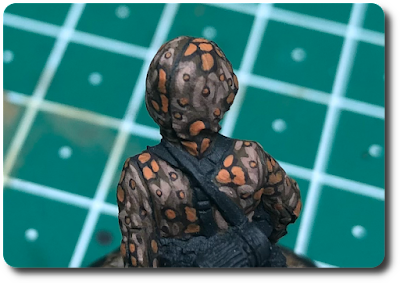 Now we get to the stage where the camo scheme starts to come to life. Orange-Brown dots and splodges of various sizes are painted on top of the dark brown splodges and dots using (quel surprise) VMC 70.981 Orange Brown. Usually it's ~3-4 orange on top of one brown splodge 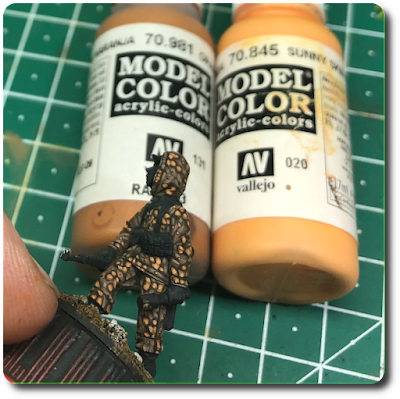 The orange dots now get a highlight consisting just of a tiny dot of VMC 70.981 Orange Brown mixed with VMC 70.845 Sunny Skin Tone in a 1/1 ratio 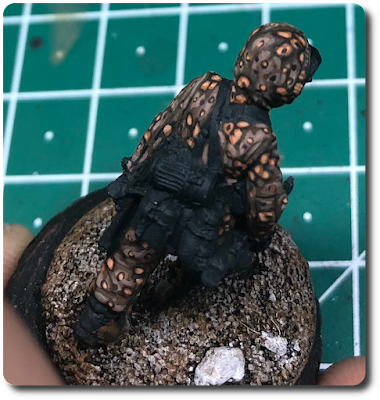 Finally the last step is adding a few little dots of VMC 70.822 German Camo Black Brown into the Orang-Brown dots. 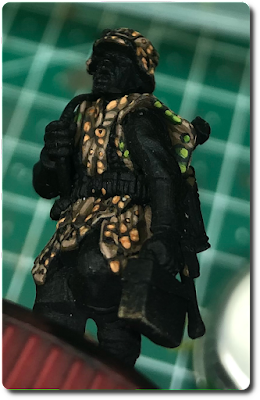 And one thing to keep in mind is: When painting a Zeltbahn in Autumnal Oak Leaf the inner side would be in the spring version
I hope this short guide was of use to some of you. As ever, should there be any questions or you'd want me to do a specific Colour Guide just let me know in the comments below. 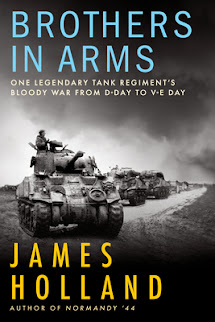