Last entry to the Analogue Hobbies Painting Challenge: Curtgeld, French and a smattering of 15mm

A last Hurrah of sorts really. Despite having reached my highest points total yet -most of it due to bonus points- I haven't been as productive by far as I'd have wished to. Especially when compared to what I managed to paint last year I'm a little disappointed  by my own efforts. Still it was a jolly good ride and an experience I wouldn't have wanted to miss. 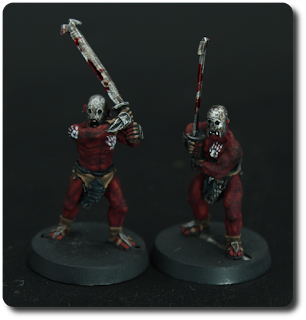 As my Curtgeld for this year I've two Uruk-hai berserkers to present. Really rather enjoyable to paint and I actually would love to paint a few more at some point. I haven't dug into the GW version of LotR but the up and coming supplement Age of Magic for SAGA might actually entice me enough to collect a smallish warband... or two. 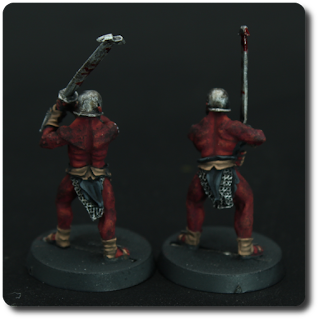 As requested by our beloved Overlord I didn't do the bases so he could match them to his own forces. Tamiya X-27 clear red mixed with a little black wash was used for the blood effects on the swords. After varnishing I should add. Was thinking about maybe adding a few cuts on the berserkers too but decided against as it probably wouldn't have been visible on the reddish skin afterwards anyway. 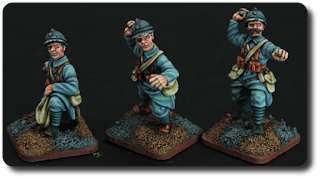 While I love painting Horizon Blue I've miserably failed to "kickstart" my WW1 French as I'd intended. So these three bombers are all that I can offer in addition to the one painted at the start of the challenge. Well... butterfly, what more could I say? 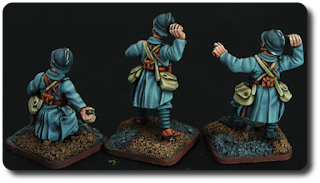 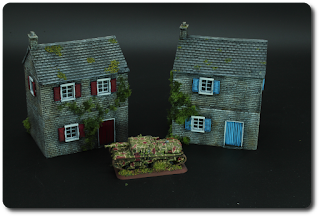 And lastly for this year I've a rather smallish contribution in 15mm as well. Two Normandy style houses I bought recently (there are a few more I didn't manage to finish) and an Italian Semovente da 75/34. The Semovente is a 3D print I made on my newly acquired Anycubic Photon. The file was created by m_bergmann and can be found on thingiverse. He has made some superb vehicles which, when taking the limitations of 3D printing -like thicker barrels- into account, compare favourably with commercially available vehicles. 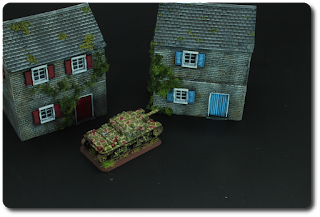 I'll leave the points for the judge(s) to decide. Once again my heartfelt thanks for a fantastic three month goes out to Curt, Lady Sarah, all the Minions and of course all the participants and lurkers. Winter season wouldn't be what it is today without the lot of you.