First of I decided to continue the Blog in English to the convenience of my non German speaking readers. As I'm no native speaker, please don't expect to much of me :-)

Back to Business:
Today I finally managed to get the first bunch of 12 Limitanei ready for battle and 12 more already on the workbench. In SAGA they will count as Levies just as they were used during the last days of the western empire.
They have been based on 20mm Squarbases in order to achieve a more "Shieldwall" like look. Not that easy with a little overdynamic miniatures, but I think it worked quite well. 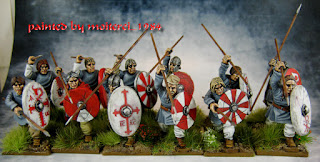 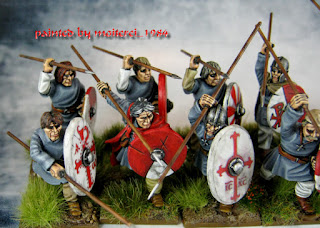 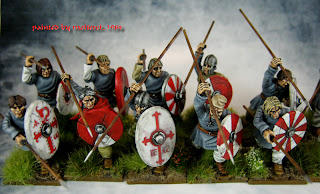 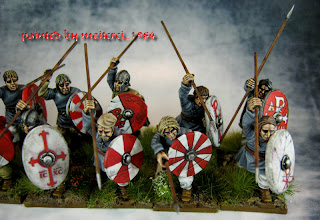 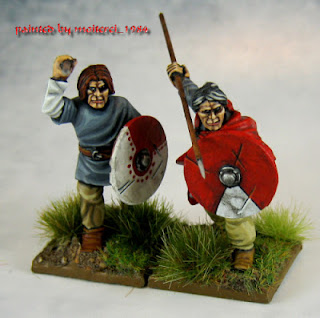 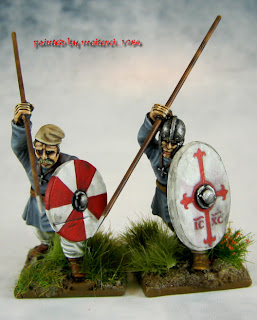 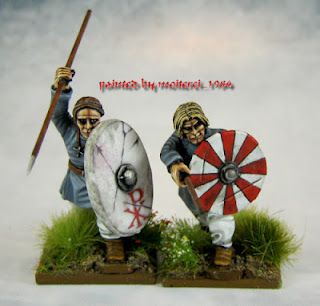 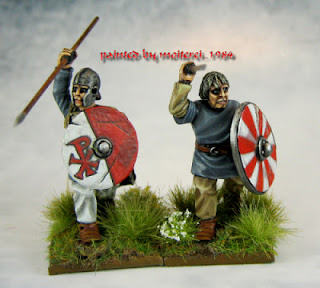 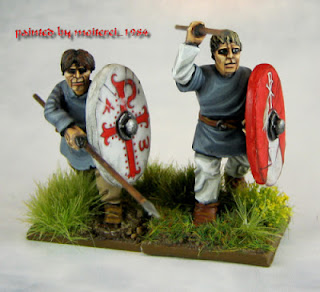 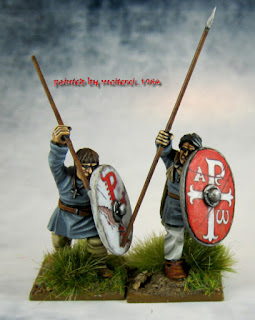 I think I'll do some kind of movement tray for them in the hopefully not that distant future, as it would allow them to be fielded in other non Skirmishers too.

Miniatures and ovalshields again from the "Age of Arthur" Range by Westwind Miniatures, while the roundshields are from Gripping Beast.
Ovalshield-Transfers are from LBM while I tried (and imho gravely failed) some freehandwork on the raoundshields. For the next bunch of Limitanei I will use some Musketeer Miniatures as they are not that dynamic and will fit in quite nicely, I think.