Well, usually I feel somewhat exhausted after the three months of AHPC but not this year apparently. I'm still on fire and chomping at the bit to crack on with my foray into the world of 20mm wargaming. Thus this the Vaccination Challenge mate Curt has currently declared over on the corresponding blog should be just the ticket to keep me focused. If you fancy a bit of good humoured banter and need some incentive to get the finger out in these troubled times, why not simply join in in the fun?

So to follow on from my last post over on the AHPC blog we have the ZIS-3 AT gun for which I had already painted most of the crew (bar one). One of the things really appealing to me in 20mm or 1/72 is the sheer amount of stuff you can get. 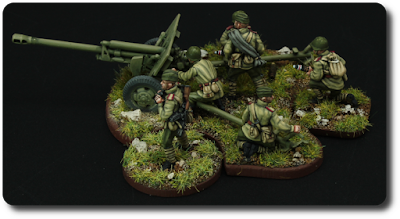 Whereas in 28mm you'd be hard pressed to find a crew of six for your AT gun, let alone one that could be arranged in almost mini-diorama style, all figures below except the gunner are AB Miniatures. Best of all they sell the crew without guns so you can take full advantage of all the model kits out there. I went for a rather cheap but cheerful gun by Zvezda, the gunner came with the kit. The gun is not overly complex and went together easily. But I still managed to loose a small but important part I had then to scratch build. 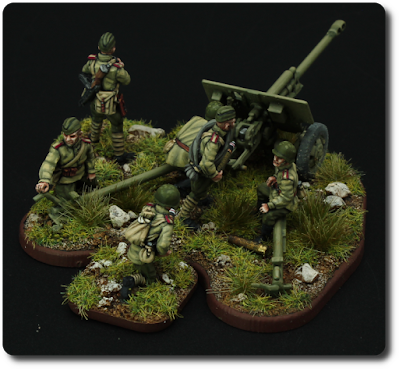 Anyway, I'm rather chuffed by how the gun turned out. It'd have been nice if there'd been a few more shells with the set but you can't have it all, right? 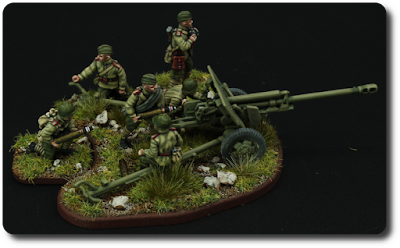 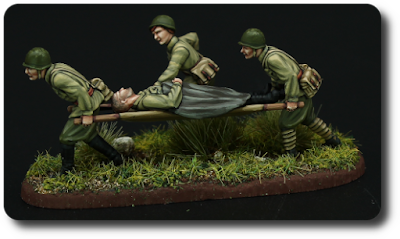 I didn't paint on any Red Cross markings as I believe to remember to have read that these were, due to the nature of the conflict, rarely observed on the Eastern Front, thus likely to have been omitted by the troops anyway. 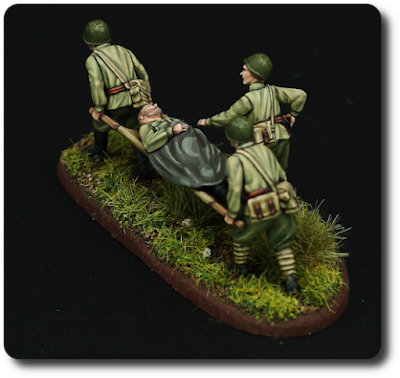 I re-positioned the head and left hand of the female medic as to better interact with the casualty, but other than that it's the stock kit. In retrospect my Soviets might probably be a little too uniformly dressed with no variation in their clothing at all. That said it sped up painting no end and actually looks quite nice when arrayed together. 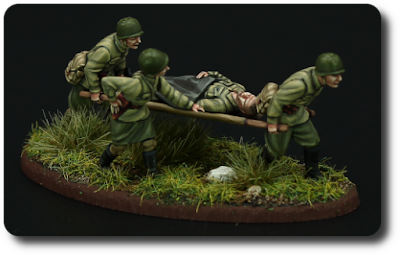 I've decided to carry on counting my points throughout this year till the beginning of the next Challenge. Both to motivate me and keep track of my progress. Thus with a Challenge total of 477 points plus the 26 points of this submission I'm currently at a 503 points. 3 points above my target for the Challenge.
OK, that's it for the moment. Next up some armour maybe.