I've already finished the second squadra for my Italian force for CoC quite some time ago. Yet it was only today when I finished a Renault R35 tank to go with them that I felt like taking some photos.

Figures are mainly from the excellent range of Italians produced by Empress Miniatures albeit supplemented by the odd Perry miniature. 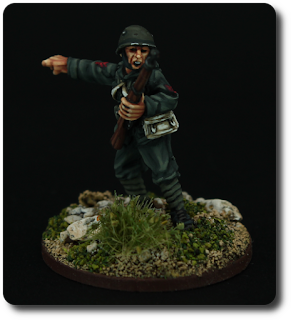 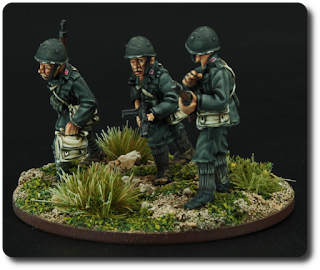 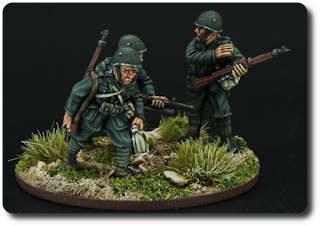 As Italy was desperate for any kind of war materiel they were given a number of R35 tanks by their German allies. In 1942 the two battalions equipped with these outdated and under-gunned french tanks were stationed on Sicily. There they took part in the fighting for the Island during the Allied Invasion of Sicily codenamed "Operation Husky". 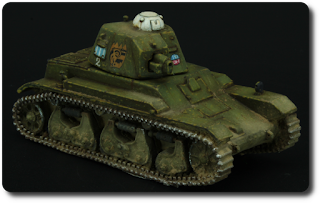 The R35 tank is from Blitzkrieg Miniatures and was part of a larger order I placed a while back. I have to say I'm not overly impressed by this model. Detail is rudimentary and shallow and the resin is full of bubbles. The metal on the tracks doesn't look quite as bright in the flesh, promise. 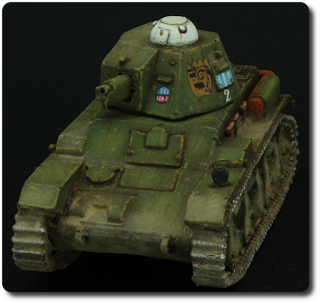 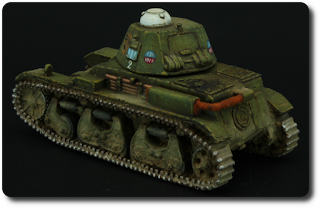 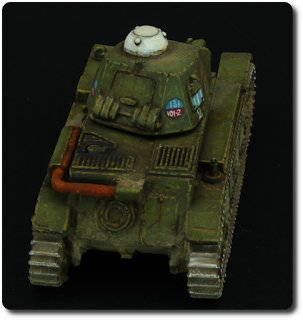 OK, that's it for the day folks. Have a nice weekend!