Over the last couple of months I took a break from blogging as frankly I found it too much of a time sink. Real life meant the hobby in general was put on a back burner. So much so that I barely could muster the energy to do at least some painting. I'm still not back to my normal glacial output but at least I found the motivation to take some pictures of figures finished a few months ago already. So I'll start with what will be the core of my 9th SS "Hohenstaufen" (or any other SS unit involved in the fighting around Arnhem really) force for the eagerly expected but somewhat elusive future Operation Market Garden supplement for Chain of Command. Looks like this will be the first time ever I have a playable force ready even before the book is released. 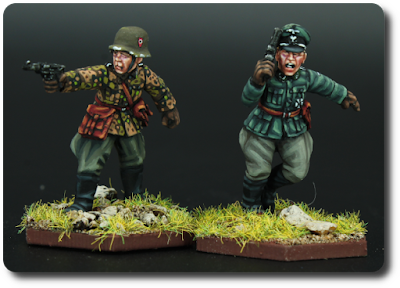 Figures are an eclectic mix of Empress Miniatures, Foundry, Warlord Games and Artizan. Usually I stick with one manufacturer for any given force but was pleasantly surprised how well those ranges could work together. But given that even within the different Warlord Games plastic ranges there's a considerable discrepancy in bulk and size of the figures I wasn't too concerned actually. As long as the equipment was somewhere in the same ball park at least.
OK, enough with the blather. On with the pics:
1. Trupp:

The eagle eyed among you may have spotted there's only one lMG per Trupp/ section/ squad. And of course you're perfectly right. I'll add the option for a second lMG per Trupp later on, together with a 4th Trupp as a support choice.
Some of you may know the following SdKfz 251/9 from a few years back. I finally got some crewfigures to go with it. These fine chaps were originally from the Afrika Corps range by the Perry brothers but got press-ganged into my fledgling SS. They are a bit too lightly dressed for mid/ end September, but it's hard work to man a 75mm Stummel, eh? 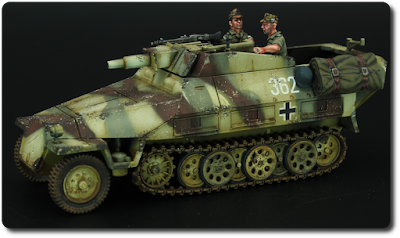 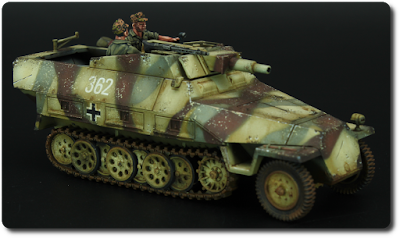 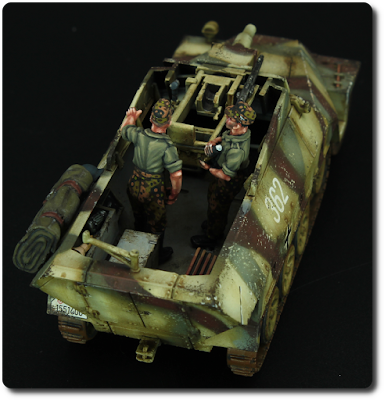 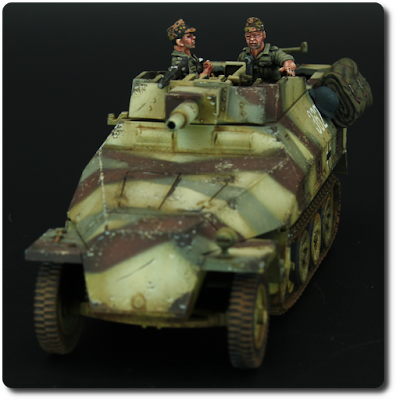 Last but not least some detail shots of some of the figures: 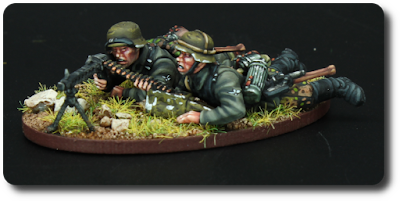 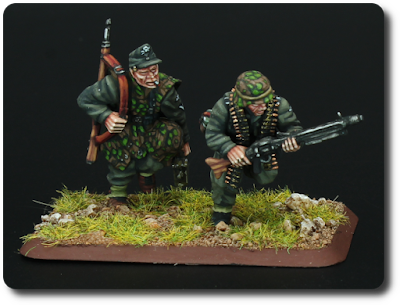 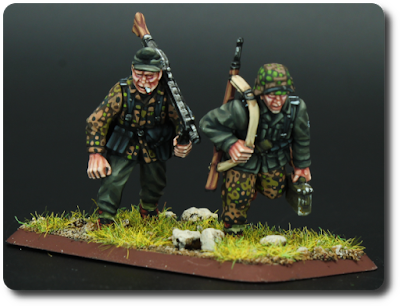 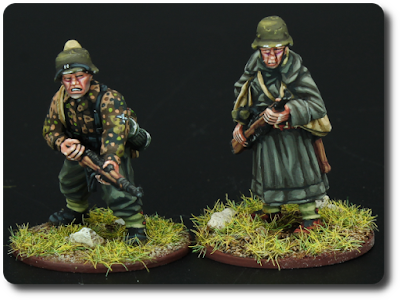 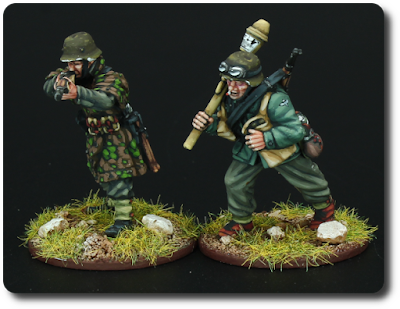 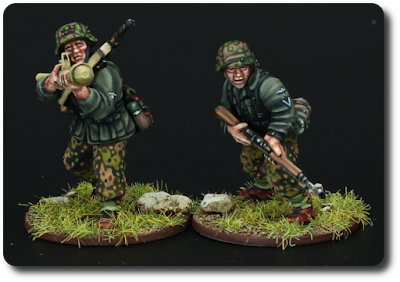