It's a StuG life

Continuing on with my Panzergrau phase todays offering is a early StuG D.  While the diminutive Panzer I's and Panzer II's or their larger brethren the Panzer III's and IV's all have their individual appeal it's always been the StuG which impressed me the most. With its small shilouette and the boxy shape it simply looks both futuristic and menacing. And a StuG in the dark Panzergrau livery of the early days of WW2 is simply the king of 'Bad Ass'... in my books anyway. 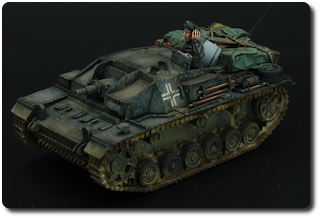 Development of the Sturmgeschütz (Assault gun) dates back to a 1935 memorandum of then Colonel of Artillery Erich v. Manstein. In it he postulated the development of highly mobile armoured vehicles armed with infantry guns to close support the infantry. Thanks to this memorandum in which he also laid down the principles of how this new weapon should be used, Erich v. Manstein is often referred to as "Vater der Sturmartillerie" or father of the assault artillery. Several trials had already been conducted within the Reichswehr but the resulting vehicles offered too little protection to the crew to stand a chance on the modern battlefield. 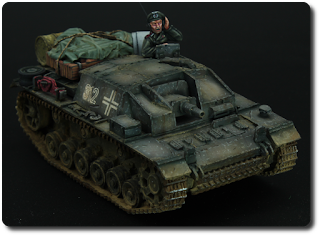 The new concept proposed by v. Manstein called for a fully tracked, fully armoured vehicle armed with a short barreled 75mm cannon. Despite it's intended main purpose of attacking entrenched infantry or bunkers a decent anti-tank capability was also part of the requirements for the gun. Thus unlike with the development of the Panzer III which was (for ostensibly logistical reasons) to be outfitted with the rather poor 3,7cm gun instead of the already available and much better 5cm gun, Erich v. Manstein made sure that the Sturmgeschütz would stand at least a chance against other AFV's of the time. But still an Anti-Tank role was not the intended purpose for the new vehicle. 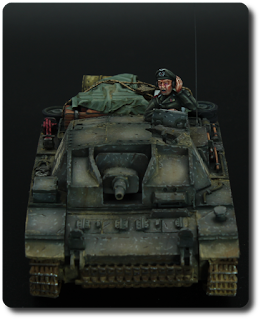 As early as 1937 five pre-production vehicles made from untempered steel were produced and supplied to the "Sturmartillerieschule" (Scool for assault artillery) in Jüterborg. Due to the untempered steel they were not fit for frontline duties but were used as training vehicles as late as 1941. In 1939 production of the Ausf. A begun. It was based on the Panzer III chassis with its characteristical six road wheels, unlike the pre-production variant which had eight road wheels, armed with the short 75mm Sturmkanone L/24 and had a (then) respectable frontal armour of 50mm.
In May 1940 a slightly improved Ausf. B was put into production. 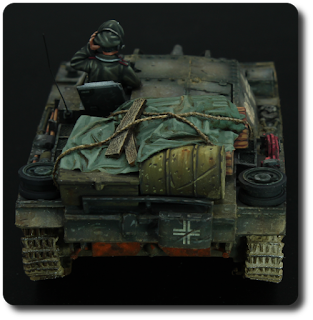 During the invasion of Poland in September 1939 no StuG's were yet available for service but their lack ably demonstrated the urgent need for a weapon of this kind to support the infantry. Its debut, albeit in still very low numbers, saw the StuG in May 1940 during the attack in the west. As little as two Sturmgeschütz-Batterien (Assault gun batteries) saw service here. It was only in Operation Barbarossa, the attack on the soviet union, that the StuG saw service in any significant number. Due to a lack of tanks the assault gun units found themselves ever more often employed in an anti-tank role for which the short 75mm cannon, which incidentally also was the main armament of the early mark Panzer IV's, proofed ill suited. 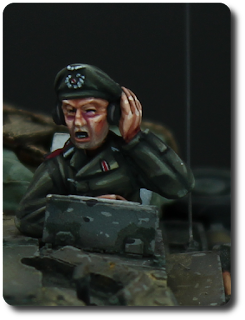 But the StuG adapted only rather slowly to this change with the Ausf. C and D only seeing minor improvements on gun sights and communications equipment. It was only in 1942 with the introduction of the Ausf. F, which saw the introduction of the Sturmkanone 40 L/43 (later L/48), that the StuG was upgunned to meet its new demands. Armed with this new gun the StuG was finally able to take on any allied armour and it is in this role that most of us probably think of when thinking about the StuG. Instantly the rubble filled streets of Monte Cassino, or the close quarter fighting in Normandy or the epic battles on the eastern front spring to mind. 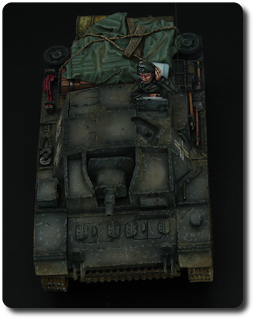 The even later but most numerous Ausf. G saw mainly an increase in defensive capability with an up armouring of the front to 80mm, the addition of a co-axial machine gun and later the remote controlled top mounted machine gun. 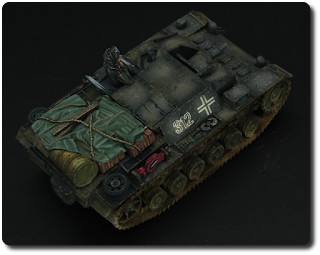 The common Stug-Nerd, to which class I count myself, may have noticed I'm using a resin Warlord Games Ausf. D to field alongside my Germans destined for the invasion of France. Well, to my defense, it's the only real early production StuG in 1/56 scale that I'm aware of and frankly it comes close enough to a Ausf. B for me to not loose any sleep over the matter. It's a nice enough kit and went together quite effortlessly but I'd really wish for someone (Rubicon I'm looking at you) to produce an early war StuG in plastic. I'd probably sell a kidney to get hold of at least two... 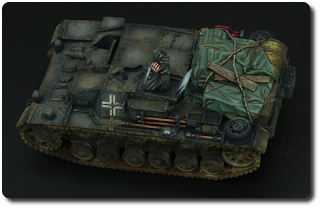 While the camera was out I took the chance and staged a few shots of my new toys. Imagine a column somewhere in France in 1940 on a secret mission to retrieve some invaluable art treasures to decorate the homes of the influential and heinous back in Germany... 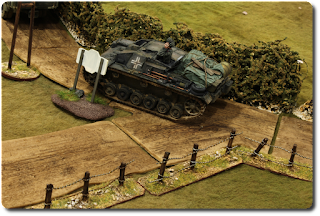 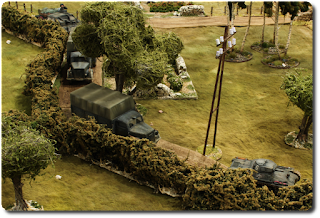 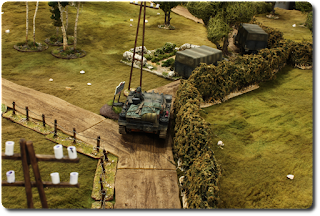 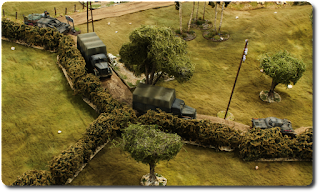 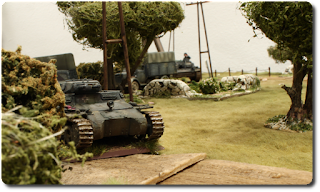 Thanks for your attention. Stay safe!