We have a saying here in Germany: "Mit Kanonen auf Spatzen schiessen", literally translated as "To shoot with cannons at sparrows", meaning something along the lines of cracking a nut with a sledgehammer.
And that in my opinion sums up the 8.8cm FlaK, when used in an anti-tank role in a Spanish Civil War setting, nicely. Shooting high velocity armour-piercing rounds at targets with paper thin armour could be considered something of an overkill by some, but that's just what happened. 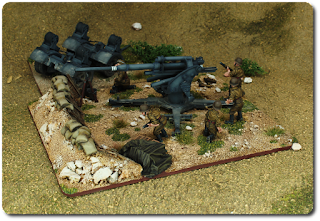 Popular believe has it that the first use of the famous German eighty-eight against tanks took place during the invasion of France in 1940 at the battle of Arras.
Instead it was used as early as the Spanish Civil War in just this capacity by the Condor Legion. In fact it was used more often in a anti-tank and direct-firing artillery gun role than in its intended role as  an anti-aircraft gun. 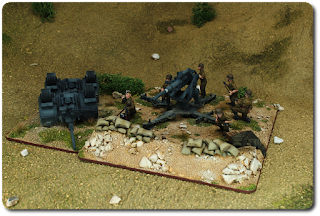 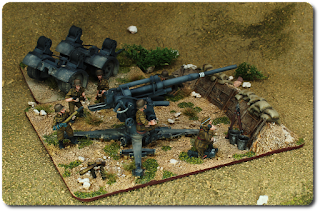 The model is made by Empress Miniatures for their Spanish Civil War range and comes complete with six crew which could, when painted accordingly, be used as Luftwaffe crew for WW2. The gun itself was not exactly a joy to put together, but after contacting Empress Paul provided me with instructions which saw me trough the build well enough. 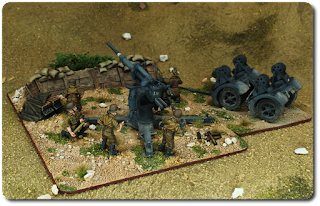 I had an eye on this kit for quite some time already but as of yet was able to resist the temptation. But as soon as I read the theme for this fortnights Bonus Themed Round I simply knew I had to get it. I'm weak, I know. 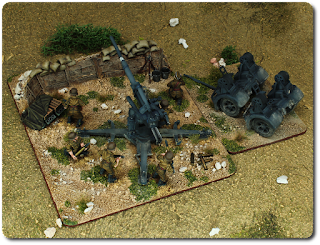