This entry definitely was a close run thing. Just as I type this I'm waiting for a colleague of mine to pick me up for work. I still have to pack my stuff for the week, so I better make this short.
Well, todays entry sees the first few Moroccan Regulars for my ongoing Spanish Civil War project. 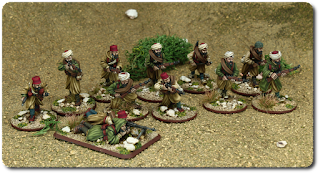 The Moroccans were highly capable troops on the rebel side. They often fought alongside the Legion and gained a reputation as shock troops and excellent fighters in the open countryside.
They also were notorious for their cruelty. 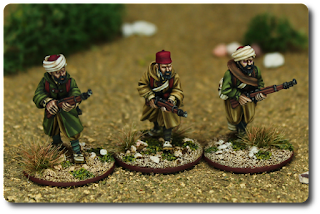 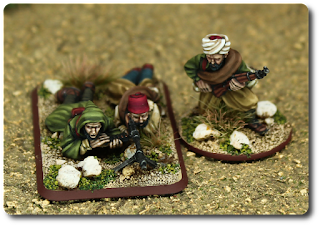 Miniatures are from Empress Miniatures once again and, es ever, were a joy to paint. It did me take a while to come up with a recipe for Near Eastern/ North African flesh. First I tried the "Near Eastern Flesh" triad by Wargames Foundry but results proofed to be unsatisfactory. Not only didn't I get the desired results, but the paints were rubbish as well. Too thick with too low pigmentation.
In the end I settled for some paints from Vallejo I already had at home. 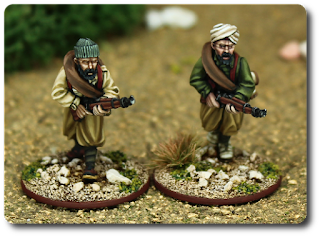 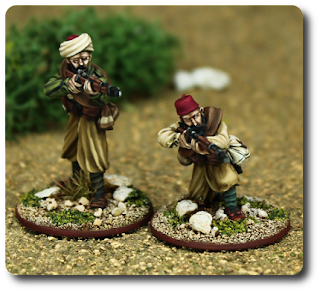 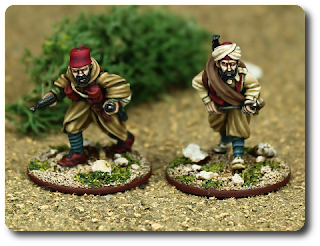 These are but a start to my planned force of Regulares, but for the moment I can field a unit of six alongside my Legion in games of Chain of Command. Before I get back to these I might change subject and scale first - somehow I feel like doing 15mm.