I'm still recovering from a nasty flu which knocked me out for over a week. While being quite pleased with my progress over the Challenge so far I find it always rather hard to get the juices flowing again once I hit the proverbial wall. 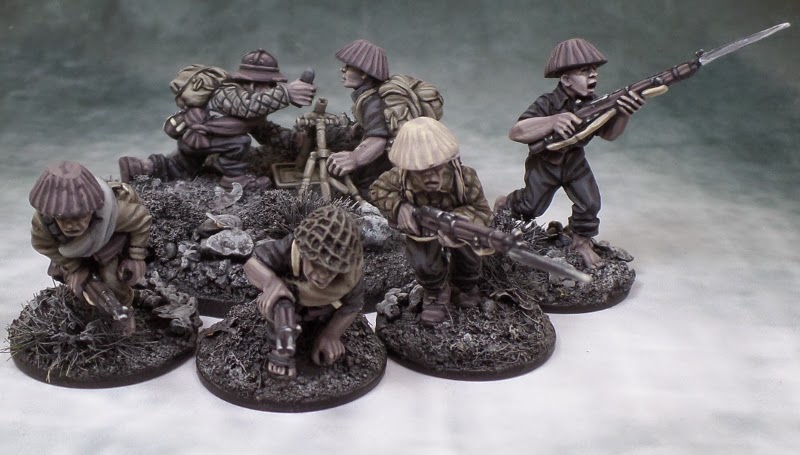 By now I'm feeling pretty comfortable with greyscale so I painted up the last of my Viet Minh to get back on track again. 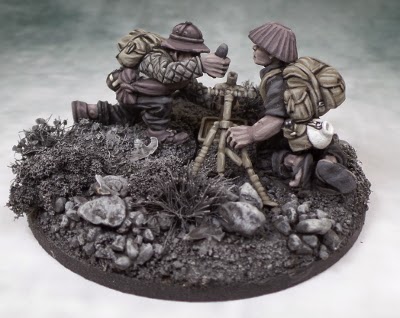 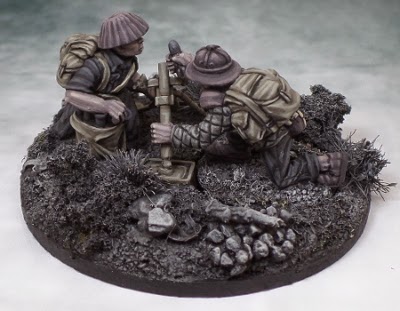 As Curt already has pointed out my interpretation of greyscale probably has more of a heavily desaturated look than true black/ white approach. But as I'm still looking for a way to make the opposing forces look slightly different to each other I might still try a 'proper' greyscale on the French paratroopers. 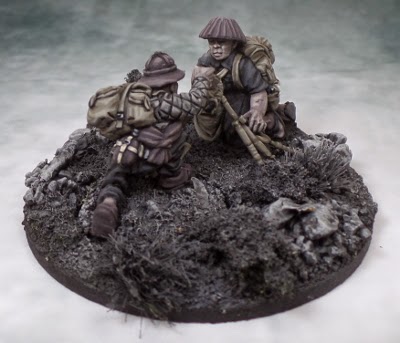 By now most of you will probably be aware of me being a big fan of Mr. Hicks' work. The only thing I'm almost always struggling with is the faces. He has a certain way in how he sculpts faces which makes his work instantly recognizable but that doesn't really fit my painting style. I still get the faces done up to a standard I'm happy with but it's almost always a chore. 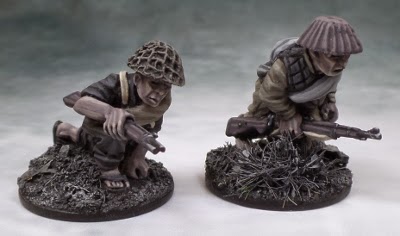 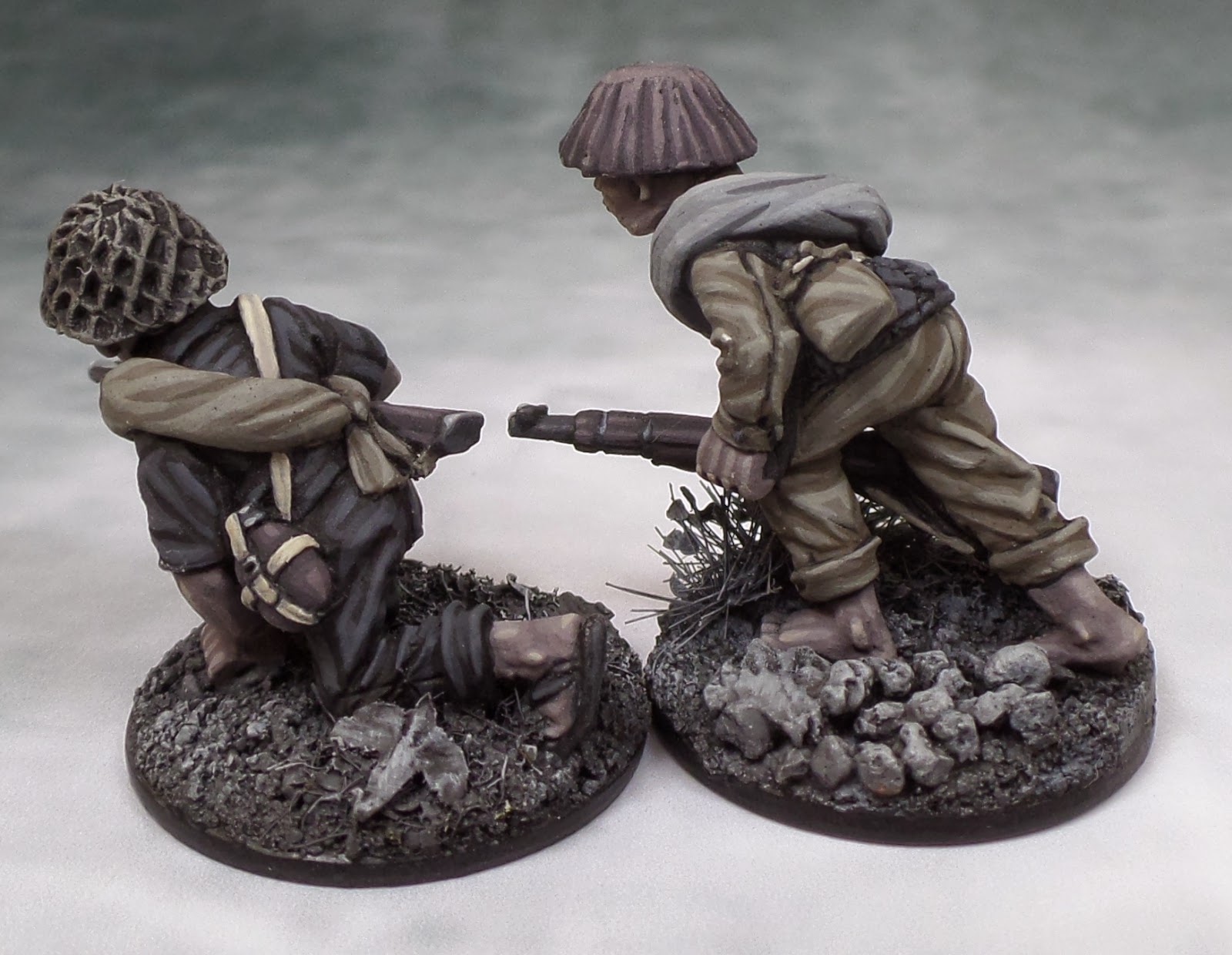 As I already said at the top these six guys are the last of my Viet Minh force so far. Unfortunately Redstar Miniatures don't supply the Viet Minh with separate heads whereas the French come with an abundance of different head options. So as long as they don't add more poses to this range I'll probably have to make head swaps if I want to expand the force. 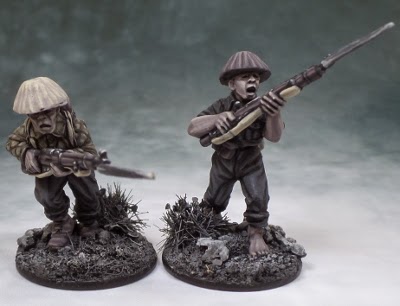 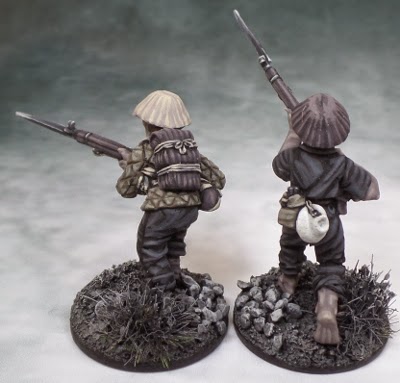