First of all my apologies for not having commented on your blogs lately. A nasty flu has knocked me out cold and while I was following your progress I simply didn't feel like trying to make 'clever' sounding comments while the eyes hurt and the head spun.
But the flu has ebbed away and I'm back at the brushes again and I'll comment on your blogs again like the complete smart ass I am ;-)

Furthermore I haven't posted my latest progress on the challenge so here's my last submission: 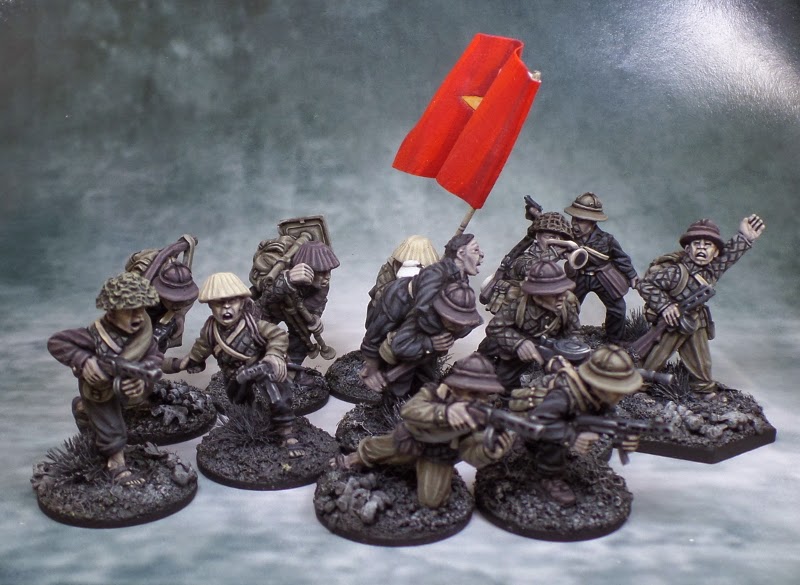 For this weeks submission I left the homey shores of my favourite period and went to explore the perilious lands of South East Asia.As some of you might know I'm doing the First Indochina War lately. And as if that's not enough of a challenge all this is done in greyscale. 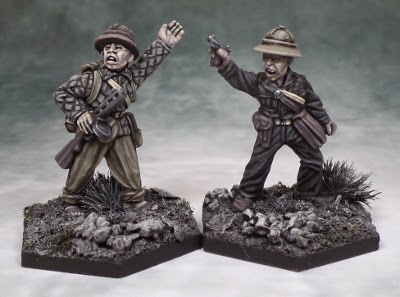 Redstar Miniatures offer a very nice range of figures sculpted by the very talented and ubiquitous Paul Hicks (Somehow it seems to me as if there's almost no range out there he hasn't already sculpted at least a few figures for).
If you only have the slightest interest in this period you really should give this range a try. I certainly can't recommend these figures enough. 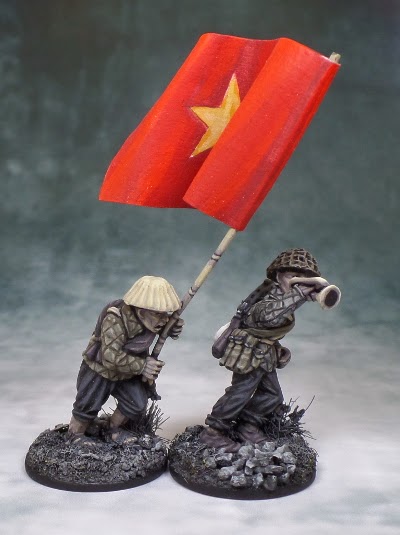 Those of you knowing my earlier greyscale figures will know I'm always trying to add a focal point by using red for some part of the figure. But for a whole force I considered it to be too much. So I painted a red flag with yellow star for my Viet Minh. For the flag shaft I tried to make it look like bamboo. 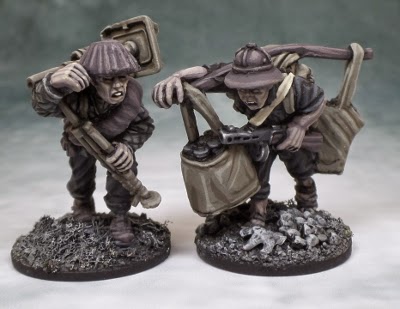 Another nice touch about the Redstar figures is the weapon teams coming in both moving and firing poses. The firing version of this mortar team is still to be done though. 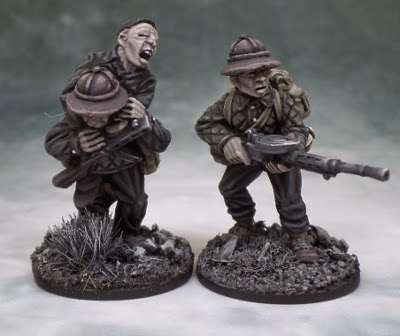 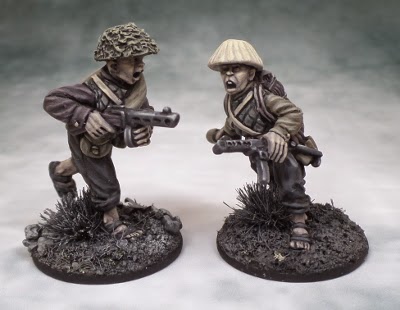 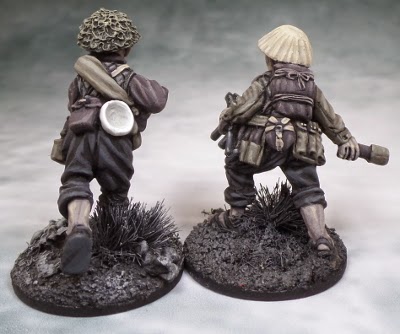 For the metallic parts of the rifles I tried to produce something akin to Non Metallic Metal but I'm not totally convinced yet by my first attempts. 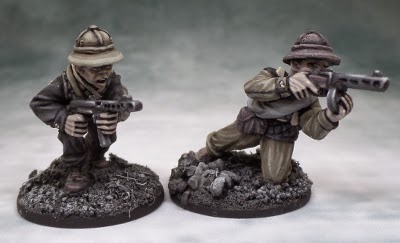 The rest of my initial Viet Minh order from Redstar Miniatures is currently sitting on my painting desk and I'm hoping to get them done during the last three weeks of the challenge.