The first of my two latest entries to the Challenge over at the infamous Analogue Hobbies Painting Challenge:


With the Challenge already on full steam I had to finally pull out my finger and get going. So here's the first of two submissions for today. Here we have eight 28mm Pioneers from Warlord Game's superb "German Pioneers" boxed set. 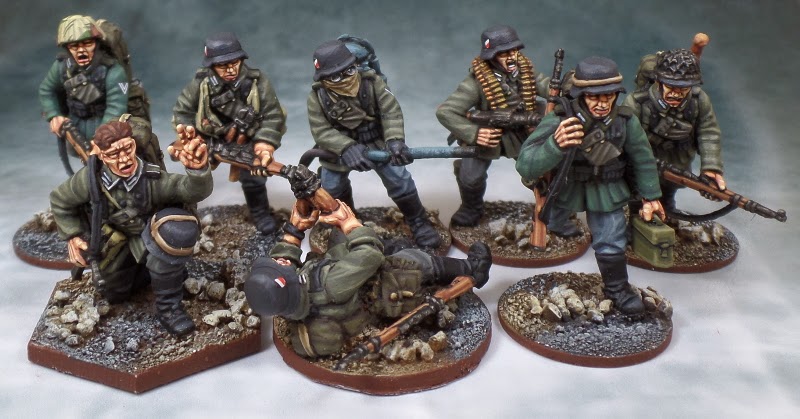 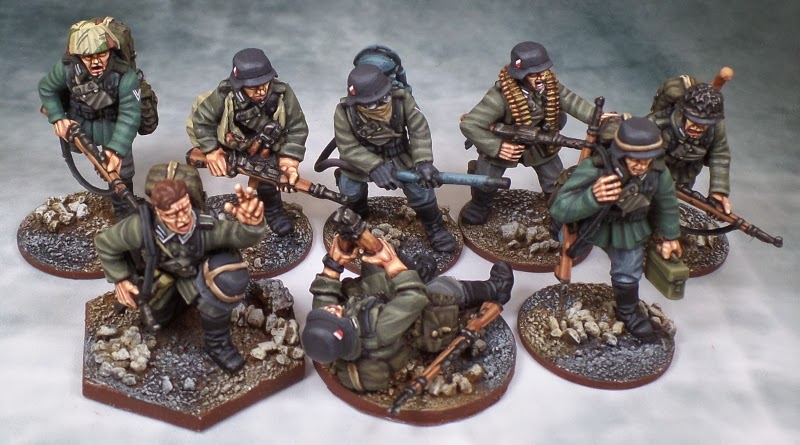 I know there are some (certain) gamers out there who don't like, well maybe even hate, prone figures but I for one am a big fan of these as they bring much needed variety to the table and in case of the fellow below even may tell a little story. 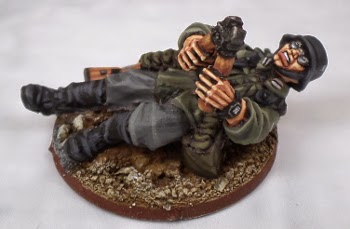 One can almost hear the bullets zipping past his head while he tries to cut a way through the wire for his comrades to follow. Poor bastard. 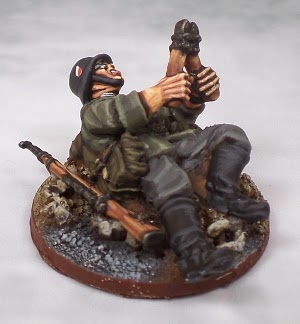 My favourite from this set is the Flamethrower guy. He looks just mean and I definitely don't want to be on the receiving end of that tube.

Not having had much research on German Flamethrowers before I found several pics on Google showing a variety of colours, ranging from almost black over brown and green to even a light blue. 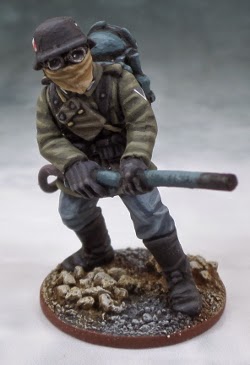 In the end I decided for a rather cold blue which is a bit darker than the original light blue I found. 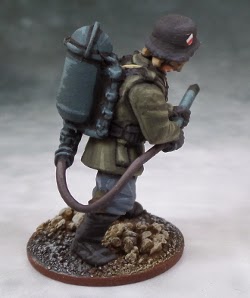 The rest of the guys were rather straight forward to do. Only the Pionieer rucksacks gave me some headaches as these again seem to have been manufactured in thousands of different shades varying from a dark brown over dark green to even a light green. 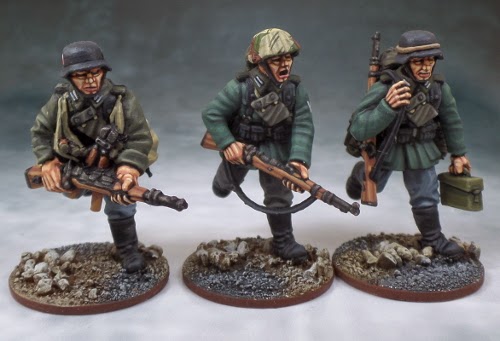 On the other hand of course this variety is one of the main reasons for me for collecting German armies for my WW2 gaming. You always can paint every single figure as an individual even if they're the very same sculpt. Especially for Skirmish gaming that's a big plus in my books. And because Germans look simply cool in their spit and polish uniforms of course ;-) 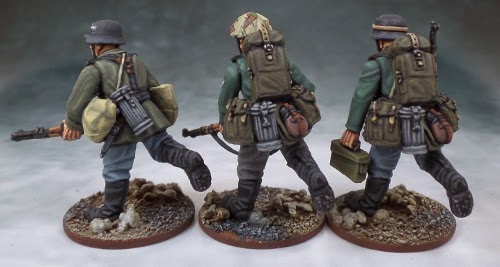 What I didn't like about the set were some of the metal separate heads which have the trademark exaggerated expressions of the comic style Warlord Games do with most of their stuff. I had hoped to filter out the worst but looking at the pic below it seems like I've missed one... well no matter he looks like a friend of mine so not too far off 'normal' human physiognomy of sorts. 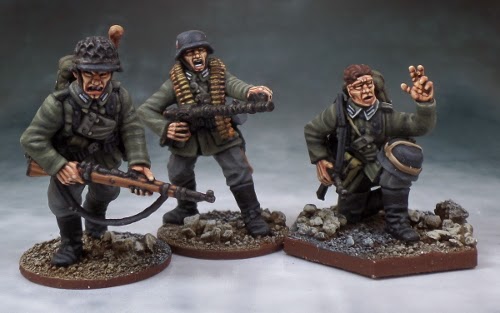 As a side note I came over some discussion on the web while 'researching' my pioneers which were quite confused about the difference between the German Pioniere and the engineers in other armies.

While in most armies the engineers only performed limited battlefield duty and were mostly given construction and/ or demolition duties in the Wehrmacht however the Pioniere found themselves most of the time at the tip of an attack, clearing away obstacles, crossing rivers and performing every kind of duty necessary to breach the enemy lines.

On the retreat again they found themselves most often in the rearguard while preparing bridges to be blown up and creating obstacles like minefields etc. while often fending off enemy attacks. While there's much talk of the so called 'elite' status of the SS or the famous Panzers and Panzergrenadiere in my view the Pioniere are the forgotten heroes. 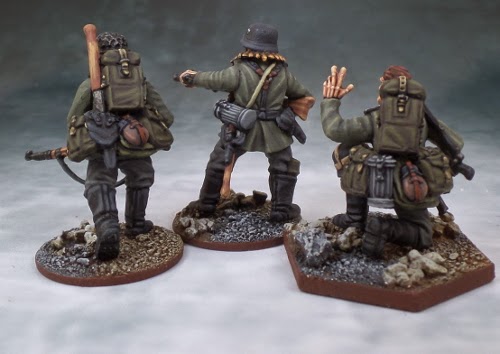