On to Moscow! - Panzerkampfwagen II

As I pretty much like anything WW2 (and especially German) related I decided to start a little early war side project. I was pondering about doing the desert war with the nice Artizan range of figures but as my local dealer had some of the rather nice 'Blitzkrieg Germans' from Warlord Games I went for those. On the plus side I can use my Soviets as opponents and only need to do some early war reinforcements like maybe a BA-6 and/ or BT-10... 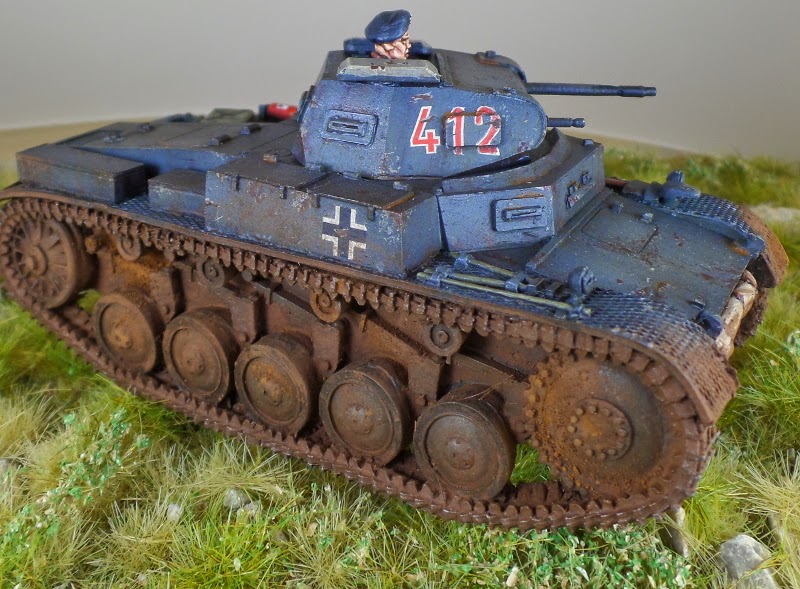 As a start I did a Panzerkampfwagen II which is one of my favourite tanks of the period. 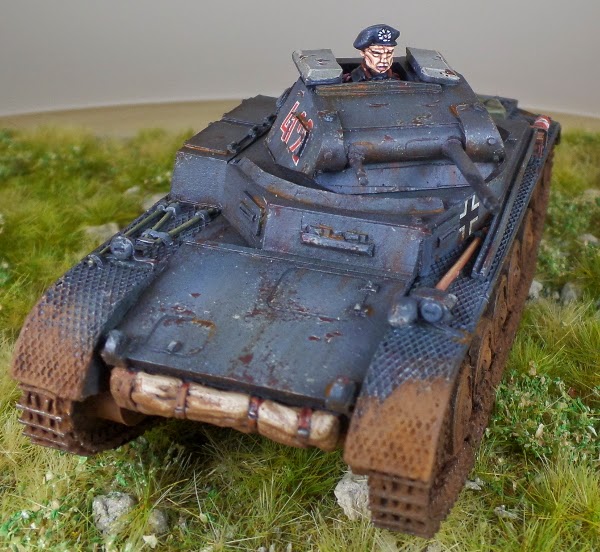 This also is an Warlord kit and despite having some prejudices concerning their product quality I was pretty surprised it went together a treat. 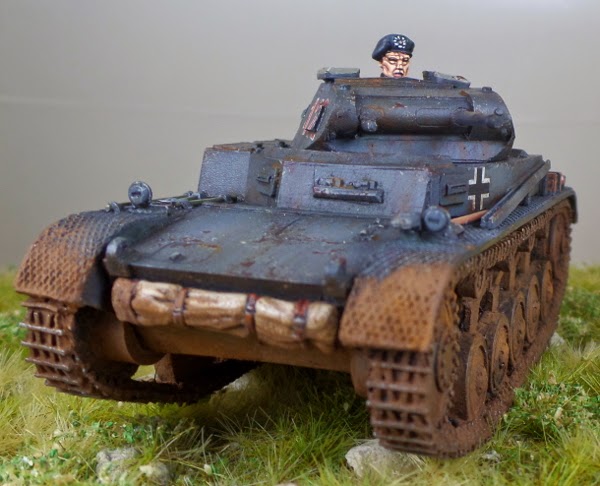 The details are crisp and only some flash in between the road wheels had to be removed. Unfortunately the rear right track guard broke off but Warlord are hardly to be blamed for my clumsy fingers. 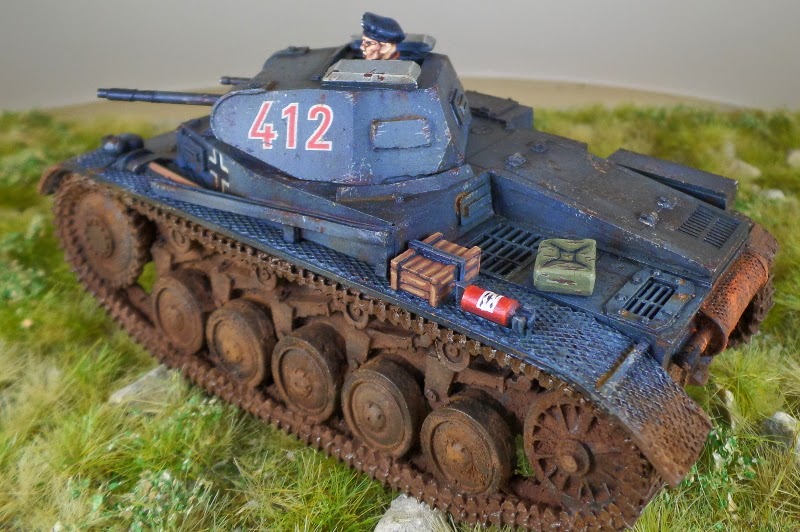 As always I tried not to get carried away with the weathering and I think this time I did quite well. The Panzergrey is maybe a tad too bright but an almost black brick on the table doesn't look too impressive, right?

Thanks for watching and hope you enjoyed!