Continuing on with the WWII in 20mm theme I've finished some Soviet armour to provide a heavy punch against those dastardly invaders. I tried not to go overboard with the weathering and think I've more or less succeeded. Maybe a little more dust around the lower hulls would have enhanced the look even further, but even after all those years I'm still not comfortable with those weathering powders 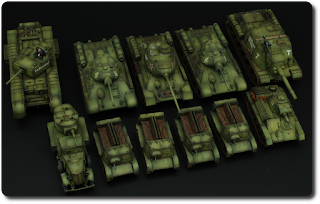 First is a BA-6 by UniModels, an Ukrainian company. Not the best kit around truth be told but it'll do. The plastic is rather brittle and the fit of the parts wasn't the best. Wouldn't be surprised if the moulds were already manufactured during Soviet reign.
As I'm aiming at Kursk and beyond a BA-6 is probably a little out of date, but I love armoured cars and for some reason this one has a special place in my heart. By 1943 armoured cars were already more or less replaced by light tanks in the reconnaissance role. 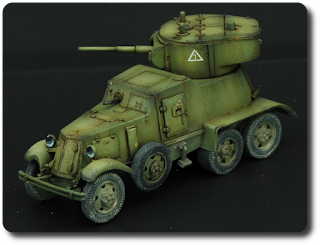 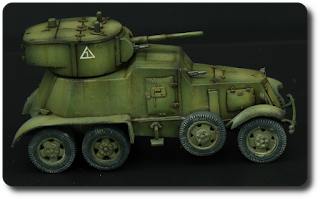 Next we have a venerable ESCI Churchill Mk. III pressed in Lend-Lease service. Also not the greatest kit around but it was free. The kit was originally built for North-Western Europe, but as I don't own any troops for that theatre yet it simply got a new lick of paint and a Soviet tank commander by AB miniatures. Lend-Lease vehicles delivered to the USSR were usually fielded in whatever colour they were supplied in rather than being re-painted in 4BO upon arrival. Still I decided to give it the same paint job as with the other vehicles to better tie it into the theme. 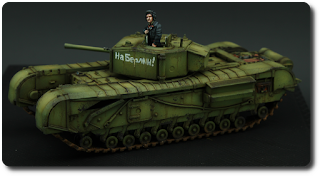 Then we have a real beast, or better beast killer (russ.: zveroboy) as it was called by the soviets, the formidable ISU-152. The kit is by Zvezda and apart from some niggles was a joy to build. I am really beginning to like "proper" model kits as compared to the more sturdy and easier to build wargaming variety. Not much else to say about it other than I don't expect it to see the table very often. The 152mm gun would give a Tiger II a headache, so probably a little overkill for a Skirmish game. 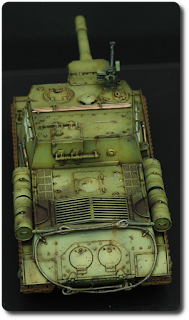 Next come four Komsomolets T-20 artillery tractors. These are 3D prints of files I got from wargaming3D.com. They were originally scaled for 1/56 but were down scaled by me to fit with 20mm miniatures. Details are a little fragile but came out nicely. I can't really think of any reason requiring me fielding four of these but hey, they were fun to paint. They'll probably see service as Jump Off Points in games of Chain of Command. 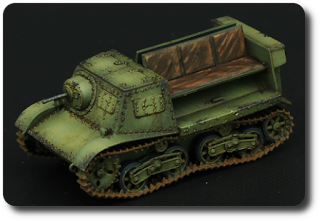 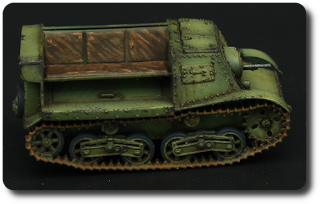 Next in line are two (fairly) early production T-34/76's with the large one piece turret hatch. Kit is an easy-build Italeri one (wargaming approved as they like to call it) and lacks somewhat in detail, especially the tracks. Not too shabby though when painted. 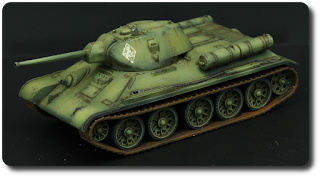 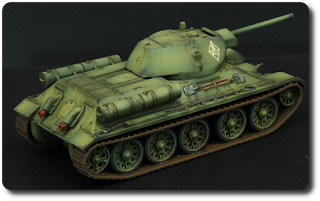 They're followed by their younger brother, the T34/85. Again this is a Zvezda kit and fun to build. I even went and did some extra detailing work and added hand rails made from thin copper wire as well as towing cables made from twisted electrical wire. 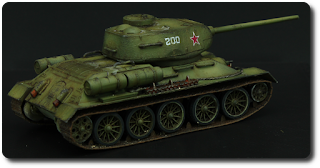 And last but not least we have a T-70 light tank by PSC. Though easy to build I think it fell somewhat short of my expectations. Detail is heavily exaggerated, like for the air intakes on the vehicles side and rear for example. A good and sturdy kit for the wargaming table probably though. 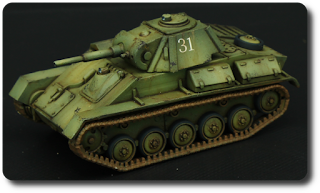 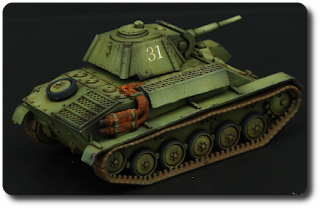 OK, that's it for today. 11 vehicles in 4BO will give me a grand total of 165 points to add to my running total for this year. 776 points thus far. Thanks for viewing and enjoy the summer!