Being ordered to stay at home for the day till the company has decided on how we field-service technicians are best and safest to proceed with our jobs in face of the virus I've taken the chance to take pictures of finished stuff. These lads have been sitting on my desk for a few days now as I haven't had found the time to finish the basing.

In comparison to my usual basing I went for a more basic approach but I have to confess I rather like it. I wanted some WW2 Canadians for quite some time now and stumbling over a good deal over on the Lead Adventure Forum I decided it was high time I gave it a shot. Being Canadians these fine chaps are intended for service in Sicily, Italy and France/ The Low Countries, maybe even the Reich itself. 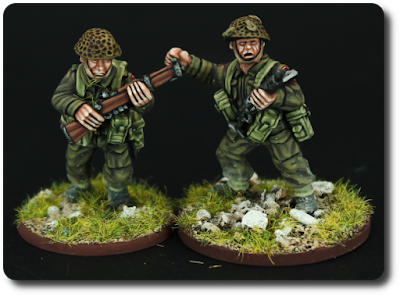 When it comes to Canadians in WW2 most gamers seem to go for generic British and use them as stand ins. If they're modeling Canadians anyway that is. A rather sensible approach really as organization and equipment was largely the same. I on the other hand, being somewhat Canadio-phil (I don't think that's a word, is it?) wanted to do it just the other way round. 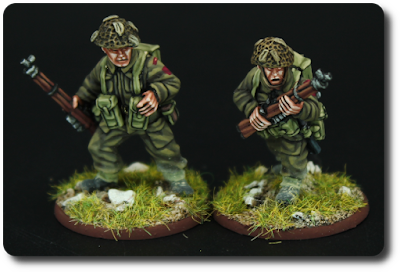 Figures used are by Crusader Miniatures and are your typical ill-proportioned wargaming miniatures. That said they're fun to paint as there's not too much small detail on the figures. In the long run I plan on expanding the force using Artizan Miniatures which should fit quite in. 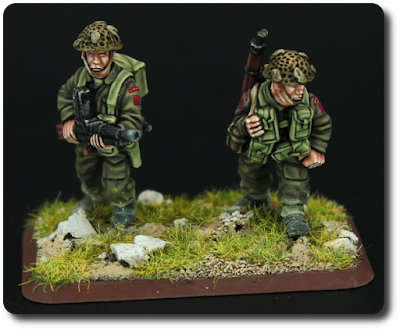 Also recently completed were two German KSK (Kommando Spezialkräfte or special forces command) soldiers made by Lead Adventure Miniatures. I decided to go for Multicam instead of the more common German Flecktarn or the less often seen but more modern Multitarn.
Figures painted up nicely and I hope these are the start of a bigger foray into modern wargaming in 28mm... now I only need to decide on the theatre. 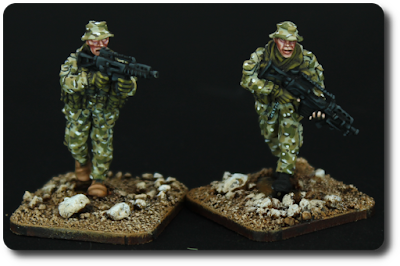