Viva España! - Some terrain for SCW 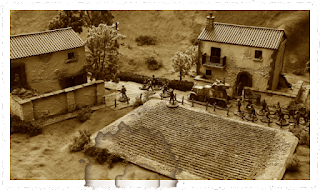 Well, to be perfectly honest I actually should be sitting on my desk and paint some WW2 Italians I promised to get done for a friend. And actually most of them are more or less done already... just the finishing touches. Ok, who am I kidding here?
Truth is I got distracted by Pats (Wargaming with Silver Whistle) *latest blogpost* about his upcoming book Setting the Scene 2. Loads of wonderful pictures to get inspired by. And inspired I got... 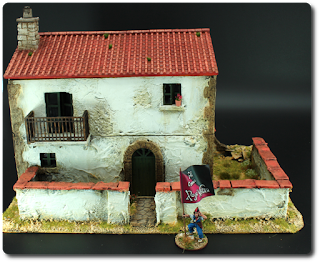 And while I'm at it I might just as well mention another source of inspiration, who's work provided the starting point for todays blog post:  Richard Clarke of TooFatLardies fame who, a while ago, built a *Spanish village* for use with his Sharp Practice rules. For his village he used, amongst others, buildings from *Charlie Foxtrot Models* (as did Pat in his post I mentioned above) and this was when I first stumbled upon that company. 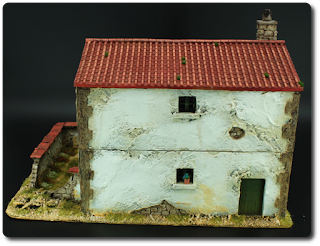 At Crisis 2017 in Antwerp I had the chance to have a closer look at the offerings of bespoke company and while I did like what I saw I still held off. Actually I'm not completely sure why, but it must have had something to do with my reservations towards MDF buildings in general. 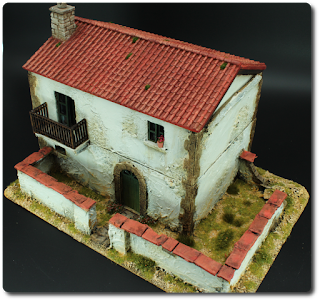 Be that as it may, I finally took the plunge and after a short e-mail conversation with Colin from Charlie Foxtrot Models, a nice bloke if there ever was one, I ordered two of his kits. Colin really went out of his way to make sure I'd get the cheapest possible shipping rate to Germany. 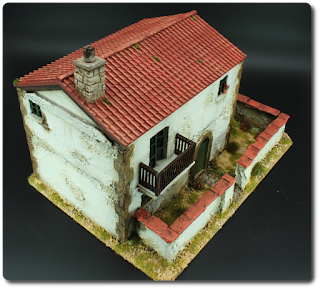 The kits arrived in no time and I got cracking straight away. The kits went together smoothly and without any fuss. The pantile roofs and other smaller resin parts really help to lift these kits above your average MDF kit. The only 'problem' I ran into was one of the roofs not sitting completely flush on the walls. Something I did almost expect to happen with resin parts that big. As the hot water method was no option, due to the sheer size of the roof, out came my trusty Dremel.
A few seconds later the offending piece was removed and I was a happy weasel again. 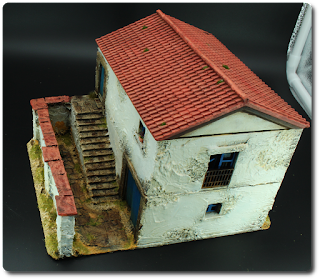 To add a little more flavour to the buildings I glued them to 3mm MDF base plates and added walls and pave stones made from styrene sheets. 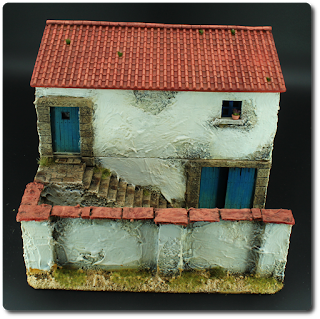 For prepping and painting I kept to the excellent *tutorial* on the Charlie Foxtrot Models page. A little more detailing was achieved by adding glass to the windows and the one or other flower pot on the window sills. 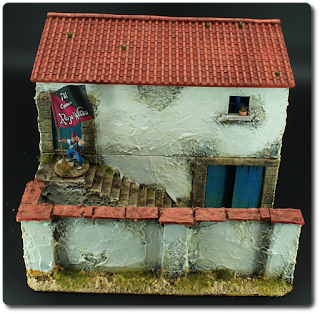 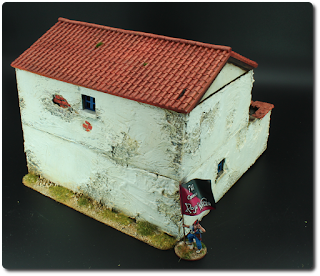 And while I was at it I also reworked a Ziterdes ruin I had sitting around for a while. I was never quite happy with the look of the ready made piece with its bright green grass and plain grey walls. 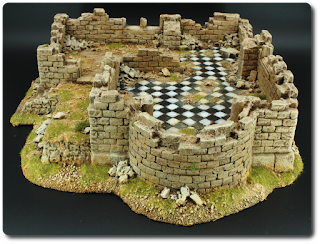 The green grass was completely scraped off and my usual mix of grit and fine sand was applied in its place. Walls and floors were given a lime stone colour to give it a slightly more south European appearance. 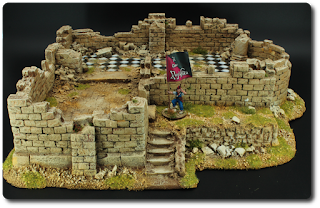 The tiles of what I perceived to have been the former main hall were painted in a checkerboard pattern, examples of which I've seen in a few early and middle medieval churches and palaces around the Mediterranean. With a stretch this piece should be good for service from the later Roman period till today. 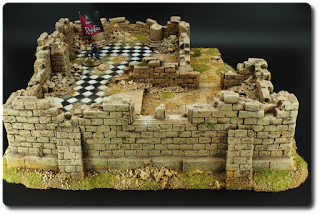 And finally the only two staged shots which came out reasonably well. With the unusual good weather for the last few weeks it's rather difficult to get the right lighting for photography. 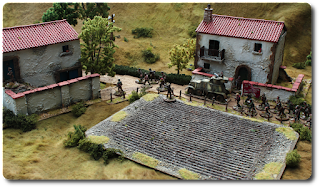 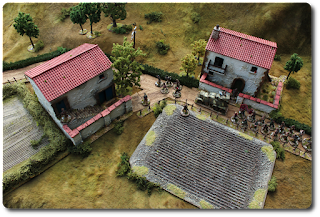 Enough of my ramblings for now. Have a nice weekend and keep on painting!