Red Devils on the prowl

I actually wanted to start this post ranting about the latest update to the Blogger Dashboard...
but it being Christmas Day and all I decided to save my breath. But I'm in all honesty considering to stop using Blogger. It became a pain in the butt to work with on the tablet and thus I'm considering different possibilities for the future. Also I want to apologize for a lack of comments on your collective blogs. I'll try to make good for that in the next few days. But that's enough of my whining for now, so on to the miniatures I'd say! 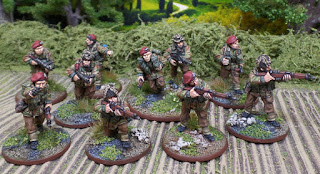 I haven't been in much of a painting mood lately. Unfortunately not even the arrival of this years edition of the infamous Analogue Hobbies Painting Challenge has changed anything at all. This and a serious cold that knocked me out for almost two weeks, saw me still painting on a section of British Paratroopers I had intended to be done and dusted long before the challenge started.

Now, almost a week into the challenge, they're finally done and I can start thinking about what to start with. Of course nothing I had prepped previous to the challenge actually floats my boat right at the moment. So I'll have to rummage around in the lead pile for some more inspiration I think. 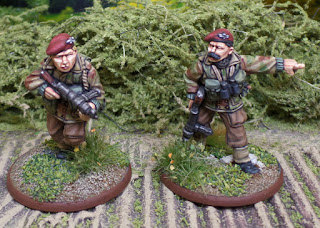 Following on from my recent Fallschirmjäger project I was looking for some equally tough as nails opponents. During the 2014 round of the Painting Challenge I had started work on some British Paratroopers from Warlord Games and thus it seemed only logical to get back to those little blighters. 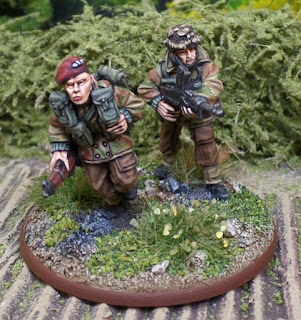 My decision was helped by the fact them being absolutely lovely sculpts by Paul Hicks. I really enjoyed work on my Fallschirmjäger but these Paratroopers are still a step above sculpting wise, making them an absolute joy to work with. Warlord are planning to release plastic Paratroopers in the future but I hope the metals will still be available, just like the metal Fallschirmjäger. 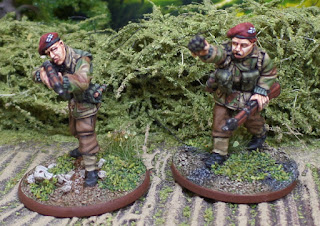 My only two minor gripes with this range would be first the abundance of figures wearing berets instead of helmets, which (while looking quite striking indeed) seems quite an obvious way to get the layout of your head rearranged in an unpleasant way. My best guess is Mr. Hicks watching to much 'A Bridge Too Far' for inspiration. 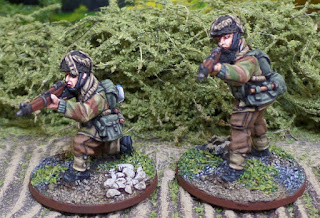 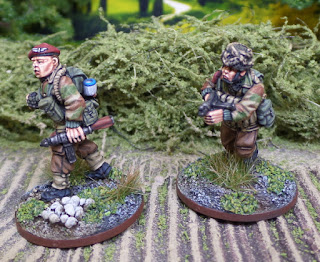 Other than that I'm perfectly happy with the figures and am hoping to get a few more done during the Challenge. Hopefully they'll get some table time in the new year ahead. 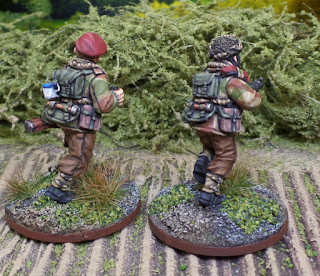 So, that's enough of my bushwaa for the moment. I wish you and yours a wonderful Christmas!