These guys were sitting in my mountain of shame for far too long. Actually they were the first historical miniatures I ever bought but after some more or less unsatisfactory goes at Splittertarn and/ or Sumpftarn I abandoned the whole project.

As I was looking for something to fill the gap between my Late and Early War Germans I came across my abandoned Fallschirmjäger and decided it was about time to give them another try. Some of these old Paul Hicks sculpts really are full of lovely detail and character while others are just... dated. Nonetheless I quite enjoyed painting them and there are still some left I could use to add more (late war) options to the squad or maybe even do a second one. 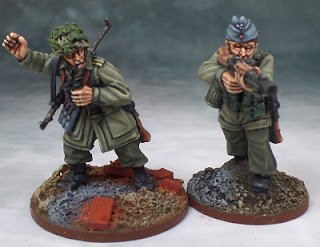 I was always fascinated by the Italian campaign so this gives me the perfect excuse to branch out into another as yet (by me) uncovered period of the war. So I decided to base them historically on the 1. Fallschirmjägerdivision. 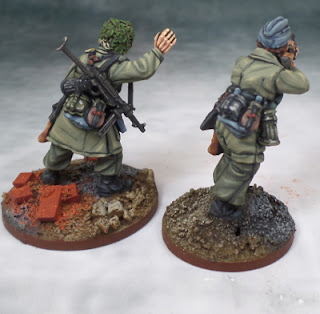 Raised in 1938 as the 7. Flieger Division it was renamed 1. Fallschirmjägerdivision in 1943. By that time the division already had taken part in every major campaign on all fronts except for North Africa and Poland where it only played only a minor role. Most famous probably were their capture of the belgian Fort Eben Emael, their part in the Norwegian campaign, their employment during the capture of Crete and the heroic defense of the Monte Casino monastery in Italy. 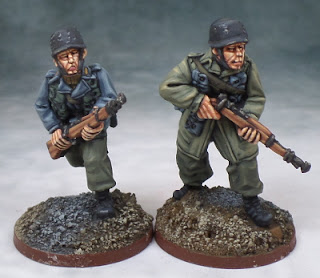 Following the allied invasion of Sicily on 10 July 1943 the Division was transferred to the island from  Avignon in France where it had been for refitting after the heavy losses it had sustained on the russian front.
On 12 July parts of the division arrived on Catania airfield on the east coast of Sicily between Syracuse and Mesina. On 13 July the 3. Fallschirmjägerregiment was parachuted at the Primosole Bridge only a few hours before a British attack called Operation Fustian by the 1st Parachute Brigade and 1st Airborne Division started. 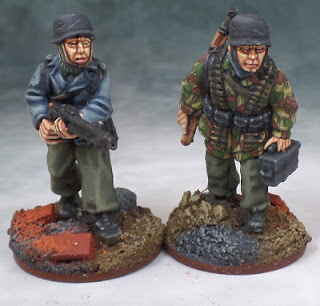 British objective was to capture the bridge across the Simeto River intact. The bridge was the only crossing over the river and would allow the british 8th Army access to the plain around Catania. Unfortunately for the British many of the carrier aircrafts were already shot down by friendly fire and German aircrafts and anti air defense. The actions taken by the pilots to evade the fire scattered the already depleted troops even further so that only about two companies were landed at the right location. Despite that the British Paratroopers managed to seize the bridge and defended it against combined German and Italian efforts until nightfall when they surrendered control of the bridge to the Germans. 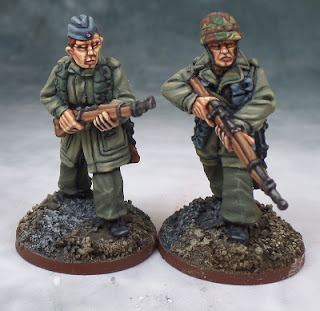 The remainder of the British units joined reinforcements arriving from the beach heads and tried to retake control of the vital crossing point. Only after three days of heavy fighting were the British able to capture the bridge. Unfortunately by this time the Germans and Italians had gathered their forces which meant it was almost another month till the 8th Army was able to seize Catania.

So thanks for stopping by and I hope you enjoyed!