To give at least some armoured support to my fledgling BEF force here's the Vickers Mark VIc light tank. 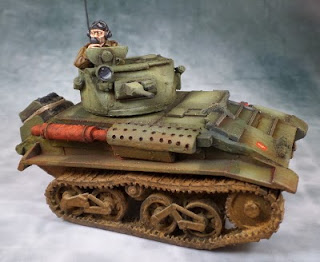 I'm rather curious about how it will perform in battle. Being even smaller than the German Panzer II and being even less armoured it has definitely more of an up armoured tin can to it than of an actual tank. 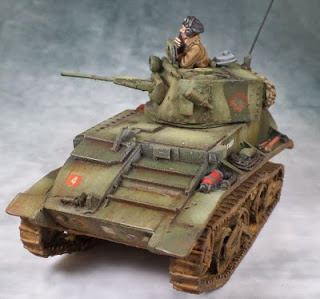 Also it's armament leaves much to desire. With just a light automatic cannon and a co-axial medium machine gun it will have to rely on speed and cover on the table. 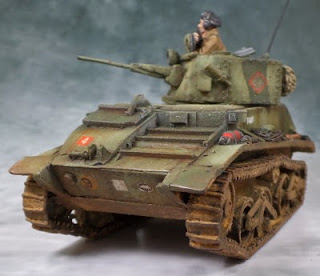 On the other hand it's quite cheap in terms of points value as the regular vehicle comes for 85 points compared to the 105 points for a Panzer II in Bolt Action. 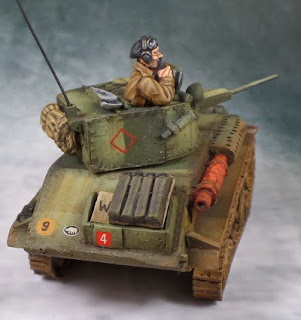 The model is from Warlord Games again and frankly I didn't really like it. It suffers from weak detail and especially the rivets are almost not existent. This time I really restrained myself from overdoing the weathering and so in the end I'm actually quite pleased with how this tiny tank came out. 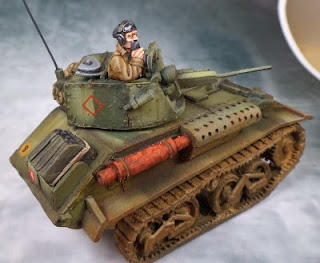 Decals actually are 15mm ones from Battlefront as I haven't had any in 28mm at hand. Think they did work quite well though. 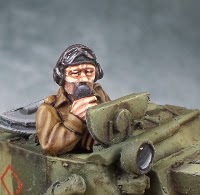 Thanks for stopping by and I hope you enjoyed!