With the Annual Analogue Hobbies Painting Challenge looming large on the horizon it's about high time that I clear my backlog of as of yet unpublished figures. It's actually not that much, mind. And as I don't even own some of them anymore anyway I can't actually show them all.
Still, my 20mm Germans needed some more support options. So here are the first of hopefully a whole lot more.

First off the starting block is a PaK40 by Zvezda with crew from AB Figures. The gun is a nice little kit, which went together smoothly. And by now I think I don't have to say much about the absolutely superb AB miniatures anymore, do I?

Next in line is a SdKfz 250/9 by The Plastic Soldier Company with AB commander. I'm in two minds about the kit really. On the one hand it went together smoothly and it's quite a sturdy piece, so perfect for wargaming. On the other hand it's, well, rather basic compared with a 'real' model kit. Even the fast assembly snap-fit ones from Zvezda. I'll probably add some weathering powder to the track as well but couldn't be arsed in time for the picture. 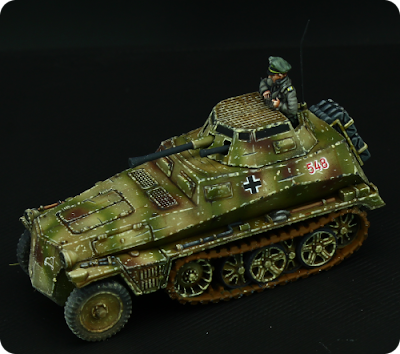 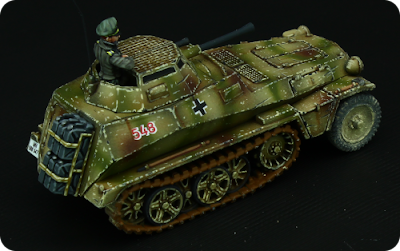 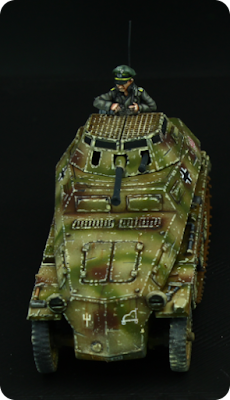 Third in line is a 3D printed Kübelwagen (File by the fantastic mr3Dprint over on Wargaming3D.com) with AB crew. Even if originally scaled as 1/56 the Kübel prints just fine in 1/72. When it comes to 3D printing I nowadays prefer commercial files to the free ones as they generally look so much better. The tires actually look like tires and not like disks cut straight from tree trunks. 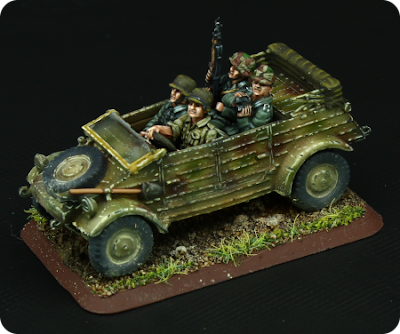 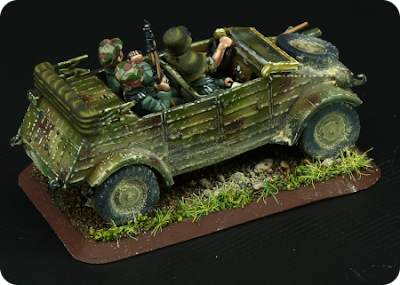 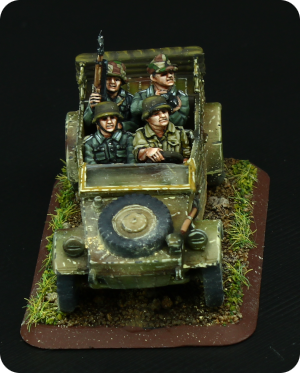 Next is the squad medic and flamer. Yet again AB Figures and of course a delight to paint. I still have a few casualty figures to do. Should be fun and add some visual interest to my games... if I ever play with those figures that is.

And last but not least are the Pioniere. These four should be enough for Chain of Command but I hope AB do release some more in the not too distant future.

Points wise these will add another 113 points to my total this year (and yes I'm counting crew figures and prone figures as full figures). Thus lifting me up into the dizzy heights of 1157 points... a total some others paint in just the three months of the challenge.
Share