As some of you may be aware, my good friend Curt of analogue-hobbies.blogspot.com fame and I have a miniature exchange ongoing. Not sure for how long but by now a fair few figures have crossed the Atlantic either way to find residence on another continent. For this years figure I was at first at a loss as what to paint, when Curt made a fleeting remark about wanting to do a force for OP Market Garden at some point. And there it was my inspiration.

As not long before I had come across the above picture showing British Paratroopers taken into captivity by German soldiers, the driver is SS while the two others are from the Kriegsmarine, in a captured Jeep. There is a whole series of pictures out there showing the very same vehicle and it's occupants. I somehow felt the urgent need to re-create the picture and luckily enough AB Figures offere a few in their German and British ranges that, while not perfect, would do the job well enough. 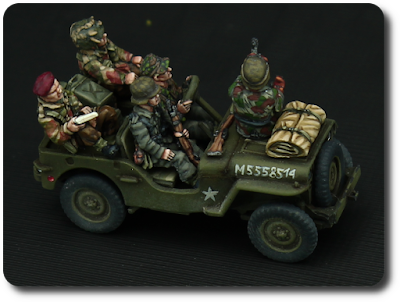 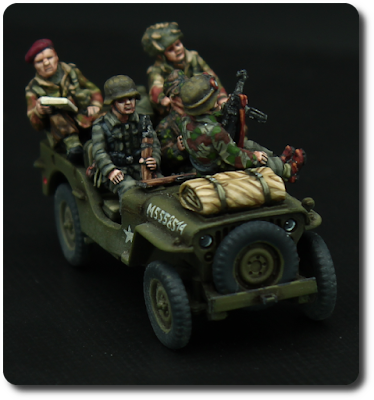 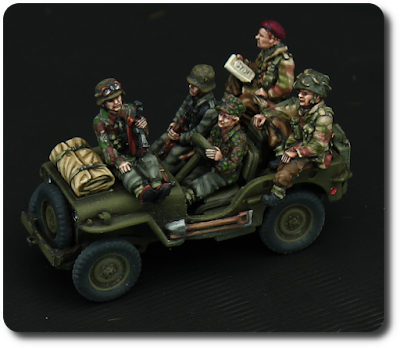 I also decided to paint up a British Driver so that Curt could also use the Jeep together with his, as of yet non-existent, Paratroopers. Come on laddy, get yer finger out ;-) 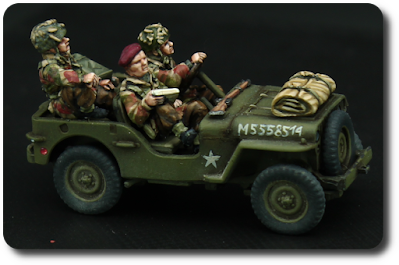 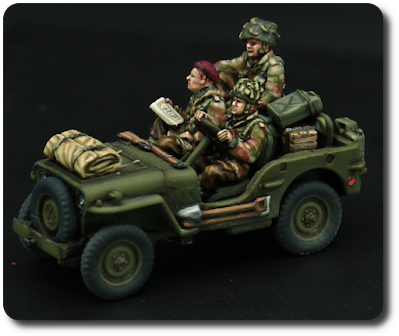 Six figures and a vehicleadd another 39 points to my total for this year, so I'm currently at 959 points. Hopefully I manage to score a few more before this years Painting Challenge begins and thus I'll have to reset my score.